Second Batch of the Year Assortment

This group of figures are the second batch off the paint table this year. First up is this canoe and Frontiersmen. This 28mm piece is from Warlord Games French and Indian War line. 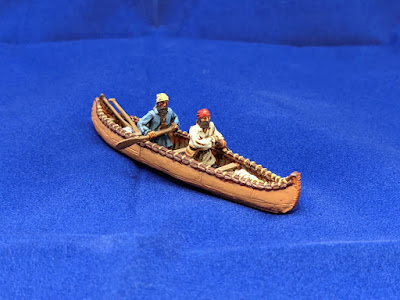 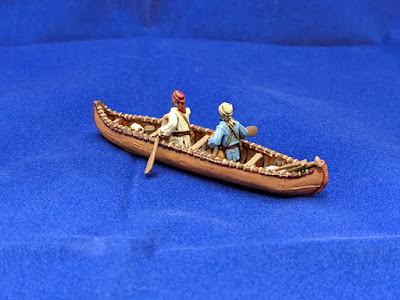 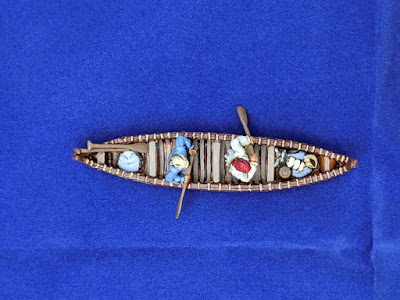 Next up is this English Civil War light gun. This 28mm metal set is also from Warlord Games. This was a nice little piece that assembled and painted up nice and easy. 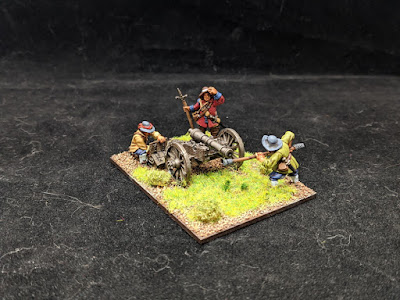 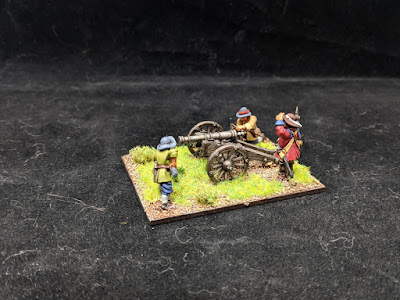 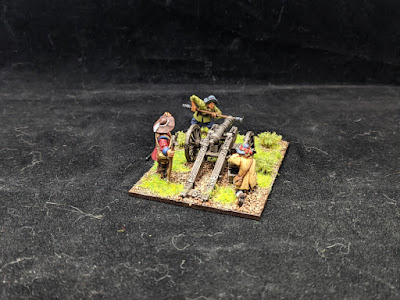 And finally is this Watchtower. This set is from Games Workshop and I believe I got it in a trade with Bob a few years ago. It sat in the basement for a couple years then moved into my paint room where it sat for a year and now it's finally done! 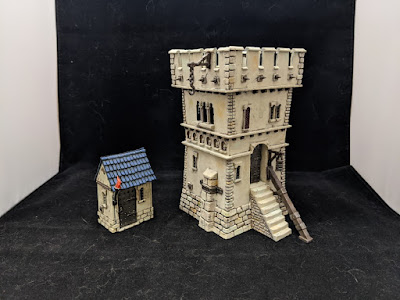 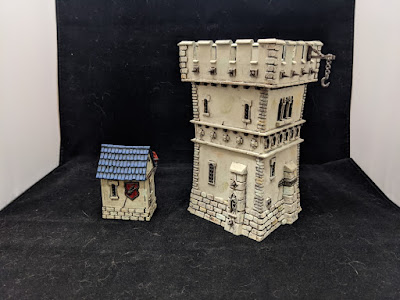 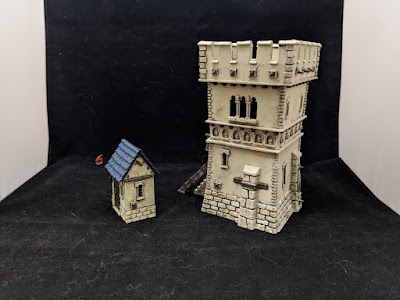 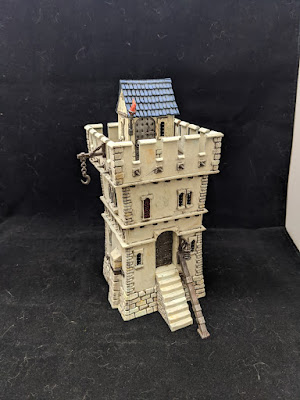 I've seen the little shack either on the side on situated on top of the tower. I think I prefer it off to the side.
Posted by Scott M at 10:58 PM 2 comments:

A Sphinx and Some Tanks

Here's my first figs of the year. First fig is a Reaper Bones Miniature. 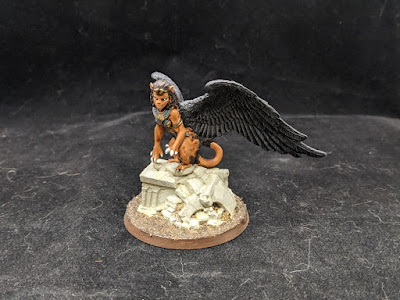 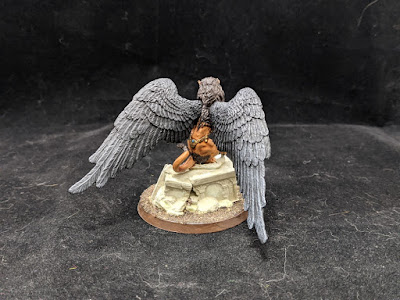 And next is a pair of Panzer IVs. These resin figs are from Warlord Games. 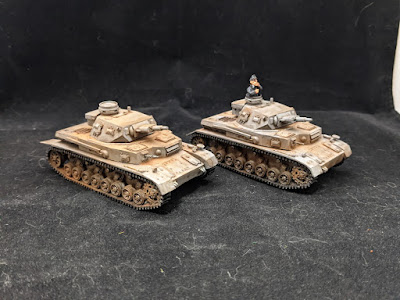 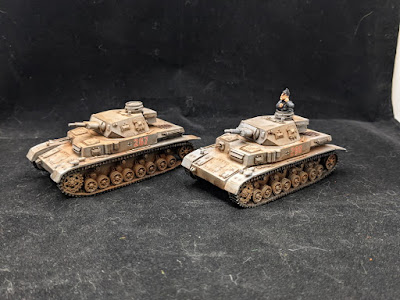 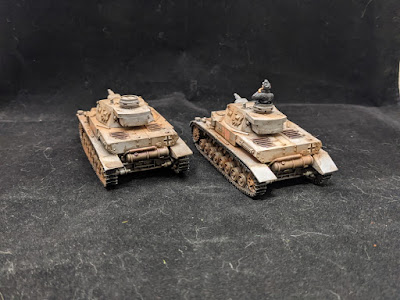 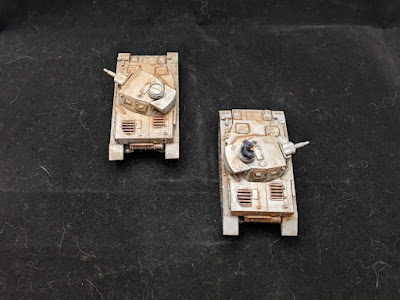 These 3 figs are from late last year (I'll add them to 2020s tally). First is a Manticore. This plastic 28mm fig is from Wizkids and their Nolzur's Marvelous Miniatures line. 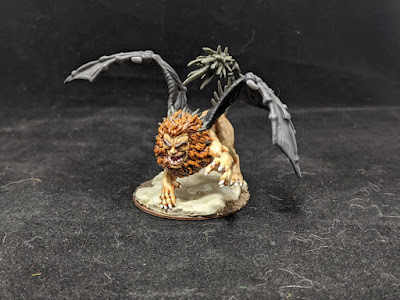 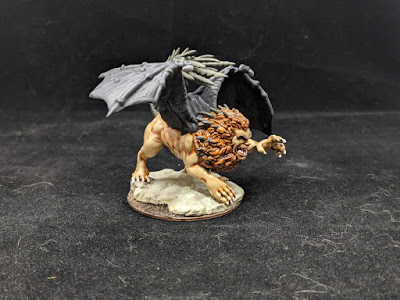 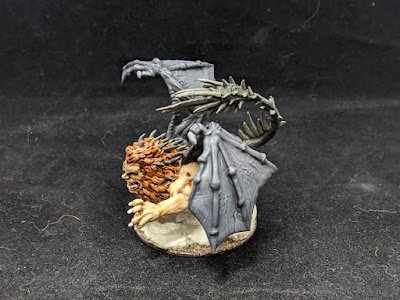 Next is the Angel of Death. This 28mm metal fig is from Reaper Miniatures. 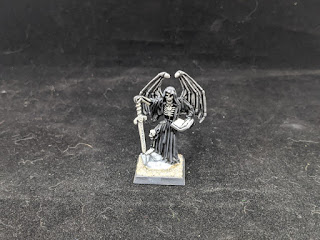 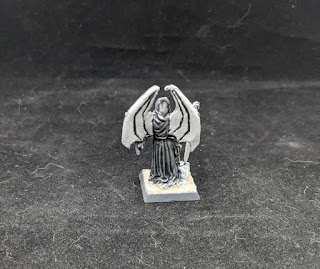 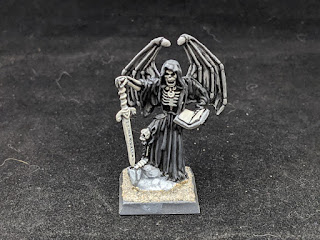 And finally is this 28mm plastic fig from Mantic Games. This piece is from their Terrain Crate Market Set. 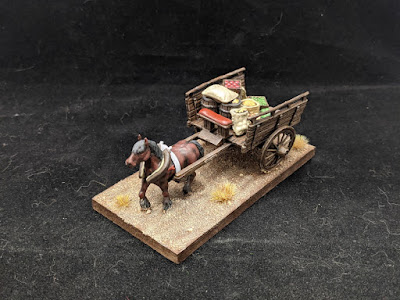 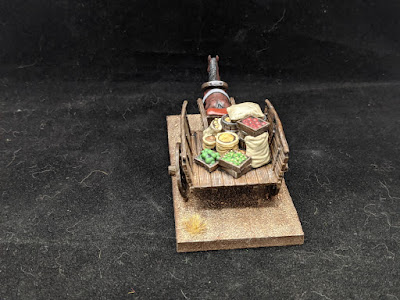 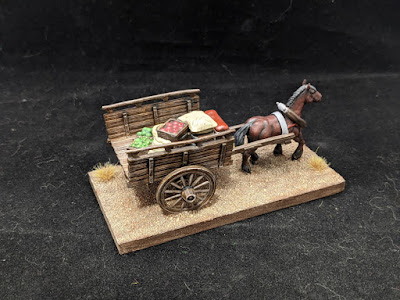 Happy New Year all and I hope everyone had a safe Christmas and New Years. I think it's safe to say that we can all bid a good riddance to the train wreck that was 2020.

So let's start with the review of my goals for this part year.
1. 28mm World War II French - I actually completed this. Literally on the last day of the year a package arrived from Warlord with some additional figs, so I'm not counting those.
2. 28mm World War II Germans - I actually don't think I did anything for this army this year. I only have a handful of figs that are assembled and ready for paint. I do have a bunch of submachinegun equipped guys and a number of machinegun teams ('cause that's what Germans need is more machineguns). Overall it's not a lot left really.
3. 54mm War of 1812 - I didn't touch this project at all.
4. 28mm French & Indian War - didn't complete all the boxes I had and definitely didn't get a game in. I did get a bunch done but I think I added enough new figs to the pile to make it even bigger. Hmm.
5. 28mm Samurai - my goal was to get 4 bases done and I managed to do 5 bases in all.
6. Star Wars Legion - I've got everything done except for 2 vehicles.
7. 15mm Sci-fi - I only had the one faction left and I did get all the infantry done. I do have a bunch of power suits and walkers still to do.
8. Counterblast - I did get all my figs completed, No games of course.
So out of the 8 goals I had set, I got 3 accomplished and a couple others well on their way. One of the projects that I really wanted to work on this year was to work on early war Soviets for a friend. I really got a ton of these done, so that's probably my key painting highlight of the year.
So for 2021 here's my goals or what I'm focusing on might be a better way of putting it:
1. 28mm World War II French - complete this army.
2. 28mm World War II Germans - complete this army.
3. 28mm World War II Soviets - complete this army.
4. 54mm War of 1812 - complete the units I have left.
5. 28mm French & Indian War - complete at least 100 figures. This should cover I think 75% of my F&IW paint pile.
6. 28mm Samurai - get 4 bases done. Commands & Colors Samurai Battles is out this year so I'd like to be able to field a game of this. I'll have to get a mat somewhere. . .
7. Star Wars Legion - complete everything I have.
8. 15mm Sci-fi - complete the last army and I need to get building some terrain. Or just complete the figs and get rid of it all. Have to realistically think about whether I'm going to actually use it. More I think about it, may just finish painting the figs and get rid of them all.
9. 15mm Ancients/Medievals - I'd like to get at least 6 bases of Ancients and 10 bases of Medievals done.
That's a lot of figs to get painted. I didn't add anything for my Carthaginian army as it's pretty much done (although I do have a bunch I can add to it) and I'd like to maybe get started on the Romans. We shall see.
I definitely need to get some of my figs to the table this year and get more boardgaming in as last year was...bad. I really miss my boardgaming night. Realistically though vaccines for the general public probably won't be arriving till at least late spring, so the first part of the year will be a bust.
Well, here's to everyone's continued health and have a good productive year!
Posted by Scott M at 3:51 PM No comments: