Finished some more early World War 2 Russians. These 28mm figs are from Plastic Soldier Company and are the Infantry Heavy Weapons box. First up are two teams of AT rifles. 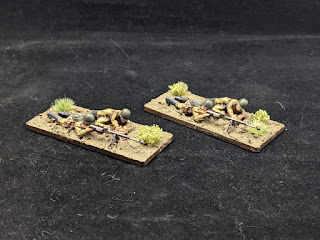 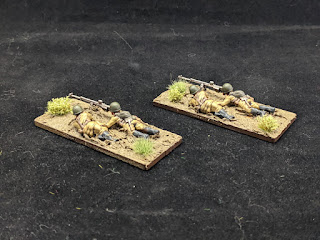 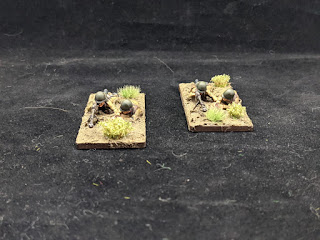 Next is a pair of AT rifles going for a walk. 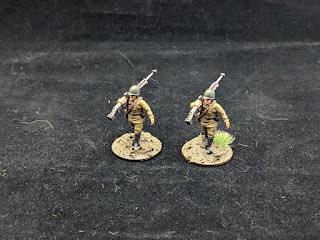 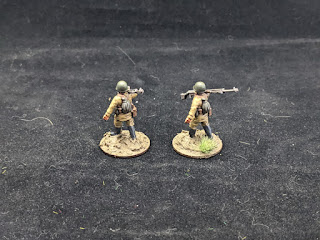 Next up are four machinegun teams. I failed to notice that on the two walking teams both of the figs are supposed to be pulling the gun. I made them so that only one of them is and the other guy is holding his arm behind him in moral support I guess? 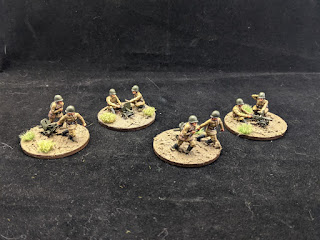 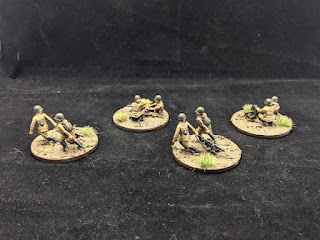 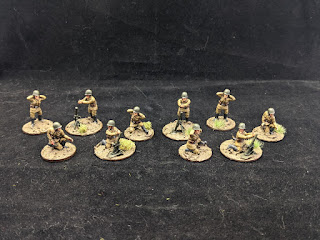 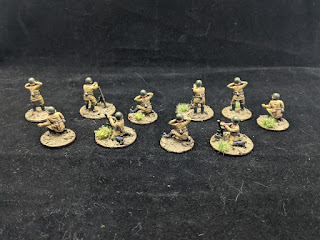 I should hopefully have one more post before the end of the year.
Posted by Scott M at 11:47 PM