On Sunday I finished a few units for Full Thrust. All of these are from Ground Zero Games. First up is a group of 5 ships for my as-yet-unnamed alien faction. These are a pair of destroyers and a trio of corvettes. 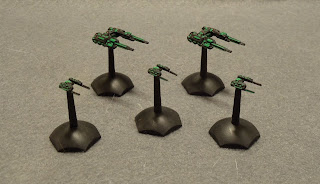 Next is a space station that I combined with a couple pieces of lava rock. It's works okay. 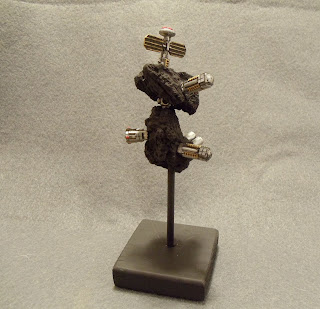 Next up is some terrain for my 15mm sci-fi stuff and I'm going to start on my Vikings for SAGA.
Also this week I received my parcel from Warhammer Historical and their huge sale. I picked up Age of Arthur, El Cid and the new Gladiator game. I'd really like to try out this game as it's just asking to have a campaign run. Hopefully come this Christmas, some of the manufacturers that make Gladiator figs will have some sales. Would be nice if Foundry came down in price as they have the largest selection but I might as well hope for the moon to be made of cheese.
Posted by Scott M at 9:11 PM 3 comments:

Tonight I finished yet another batch of infantry for my 15mm sci-fi US force. These are Ground Zero Games minis. 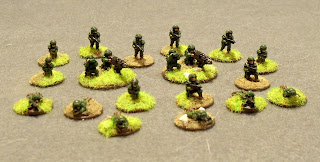 I also finished a couple of transports for Full Thrust. Also from GZG. 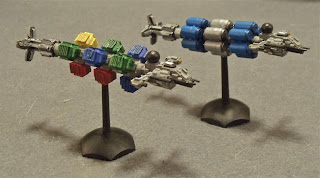 Pics are crap as per usual. I think my problem is I'm zooming in to much. That and I know I have a lighting issue.
Next up is a few more units for Full Thrust, some terrain and then probably on to some Vikings for SAGA.
Posted by Scott M at 11:02 PM No comments:

Last of the US Armour

Today I finished up the last of my US sci-fi armour. These are a group of 4 medium tanks and are from Ground Zero Games. 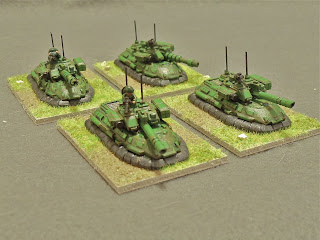 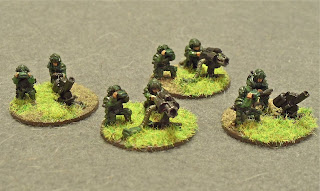 That finishes it for the vehicles for my US faction. I have 2 batches of infantry remaining. Next up will be one of the groups a couple starships and maybe some terrain.
Posted by Scott M at 10:28 PM 3 comments: