I've always wanted to paint one of GW's Imperial Knights and I was able to acquire one rather cheaply this summer. It was almost completely constructed so I just had to finish it up and do the painting. Painting took me a few months. I went with a Mechanicus-aligned House Taranis paint scheme. My paint job is also not the spit-and-polish paint job seen on the box lid, I weathered mine to make it look like it's actually in use. The weapon mounts are all magnetized so I can easily switch weapons (not that I'm actually playing 40K). 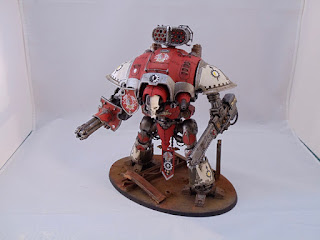 In this pic it has the Avenger Gatling Cannon, Reaper Chainsword and the Stormspear Rocket Pod. 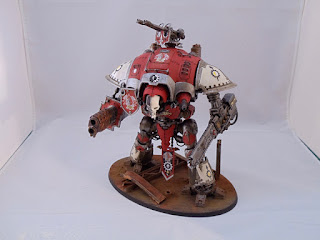 In this pic it has the Thermal Cannon, Reaper Chainsword and the Twin Icarus Autocannon. 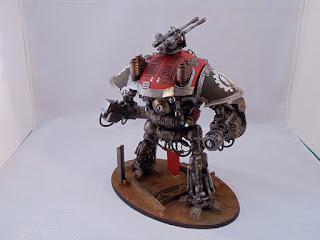 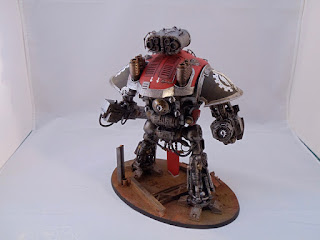 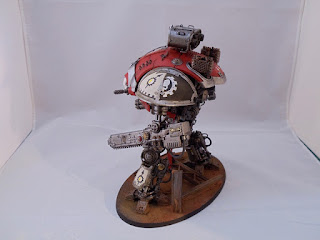 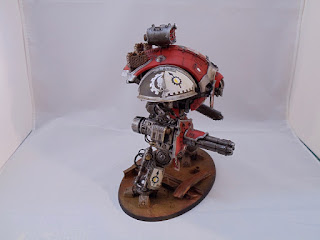 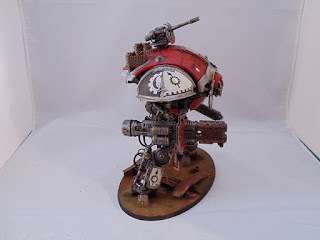 I forgot to have a 28mm figure for size comparison but it measures roughly 17cm to the top of the carapace.

Not sure what's next on my paint table as I'm busy assembling figures for the Analogue Hobbies Paint Challenge which should be starting in little over a week.
Posted by Scott M at 4:59 PM 5 comments:

It's been a while since I've posted anything, haven't been in a painting mood lately and I've had a number of other things going on.  With the Analogue Hobbies Annual Paint Challenge starting in a few weeks, I have been doing a fair bit of assembling and priming in preparation.  I've only got a few things painted up as seen below.

I'll start off with a group of six insect aliens. 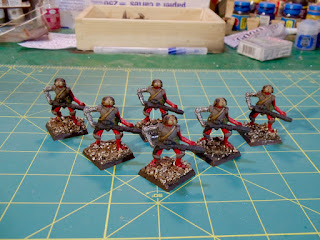 I got these from someone at the club, I have no idea who the manufacturer is. They are made of metal. These have been sitting on my paint table in various stages of painting for well over a year.

Next up are two sets of Frostgrave figures. Figures are all metal. First up is a pair of hyenas that was released when the Frostgrave gnolls came out. 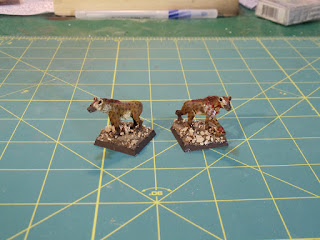 These actually turned out remarkably well (regardless of my shite pictures). I was worried that they would look like my typical crappy animal paint job, but they are quite nice.

Lastly is a trio of giant rats. 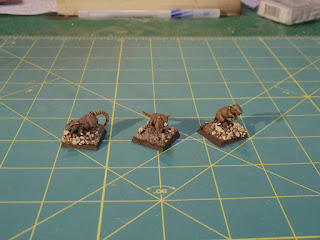 Not much to say about these, they're giant rats.

Sitting on my paint table right now is a large 28mm figure that I've been working on for quite a while. Hopefully this weekend I can actually get it closer to being finished.
Posted by Scott M at 8:31 PM 3 comments: