Going to take a bit of a break from painting Tomb Kings. I'm going to go back and paint some Impetus bases. First up is a couple bases of Phalangites. After that I think I'm going to do up 5 bases of FL Galatians which will probably take me a number of weeks to do them.
Posted by Scott M at 10:27 PM 4 comments: 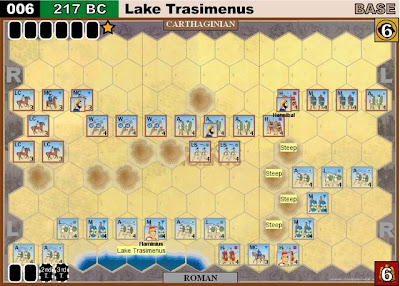 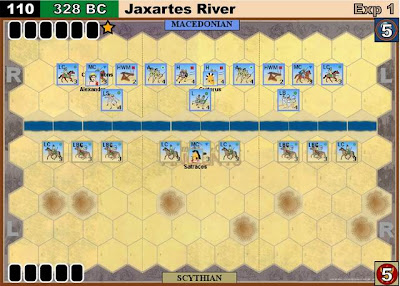 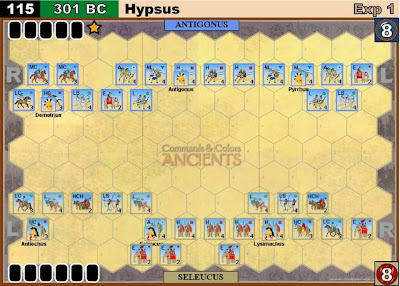 Both games were very close with Antigonus narrowly winning both games. This was a fun scenario with plenty of units: infantry, chariots, cavalry and elephants.
Posted by Scott M at 3:42 AM No comments:

Had Dave over on Sunday for a game of Impetus pitting my Normans against his Saxons. Unfortunately the only pic I took was after the setup.

Normans on the left, Saxons on the right.

Saxons won a pretty solid victory. I think this is a hard battle for the Normans. Shieldwall is tough to fight against, pretty much negating the hard slam of a cavalry charge. Better luck next time!
Posted by Scott M at 10:27 PM 1 comment:

Been a couple weeks, since I've posted. Presently I'm painting my remaining group of 7 Ushabti. After this I'm going to take a break from painting Tomb Kings and switch back to my ancients. I've got a pile of units left: 4 units of Phalangites, 2 units of Hoplites, 4 units of Galatians, an elephant, a scythed chariot and I think enough extra minis left to do another base of Hypaspists. So in other words a lot. After the Ushabti I'm going to do a couple units of Phalangites to start.

This weekend, Dave's going to be in the neighbourhood so we're going to get in a 300 point Impetus battle between my Normans and his Saxons. Should be interesting as both of our armies have Poor command structure. Two commanders or three commanders, I wonder what I should take.
Posted by Scott M at 10:55 PM 3 comments: 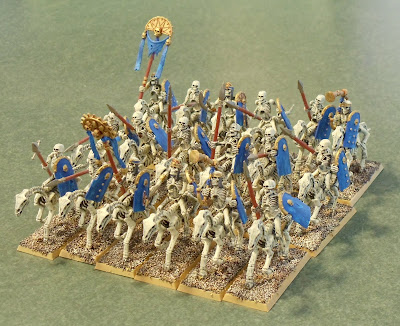