Yesterday I finished up a unit of US light infantry. Figures are 54mm and are from All The King's Men. 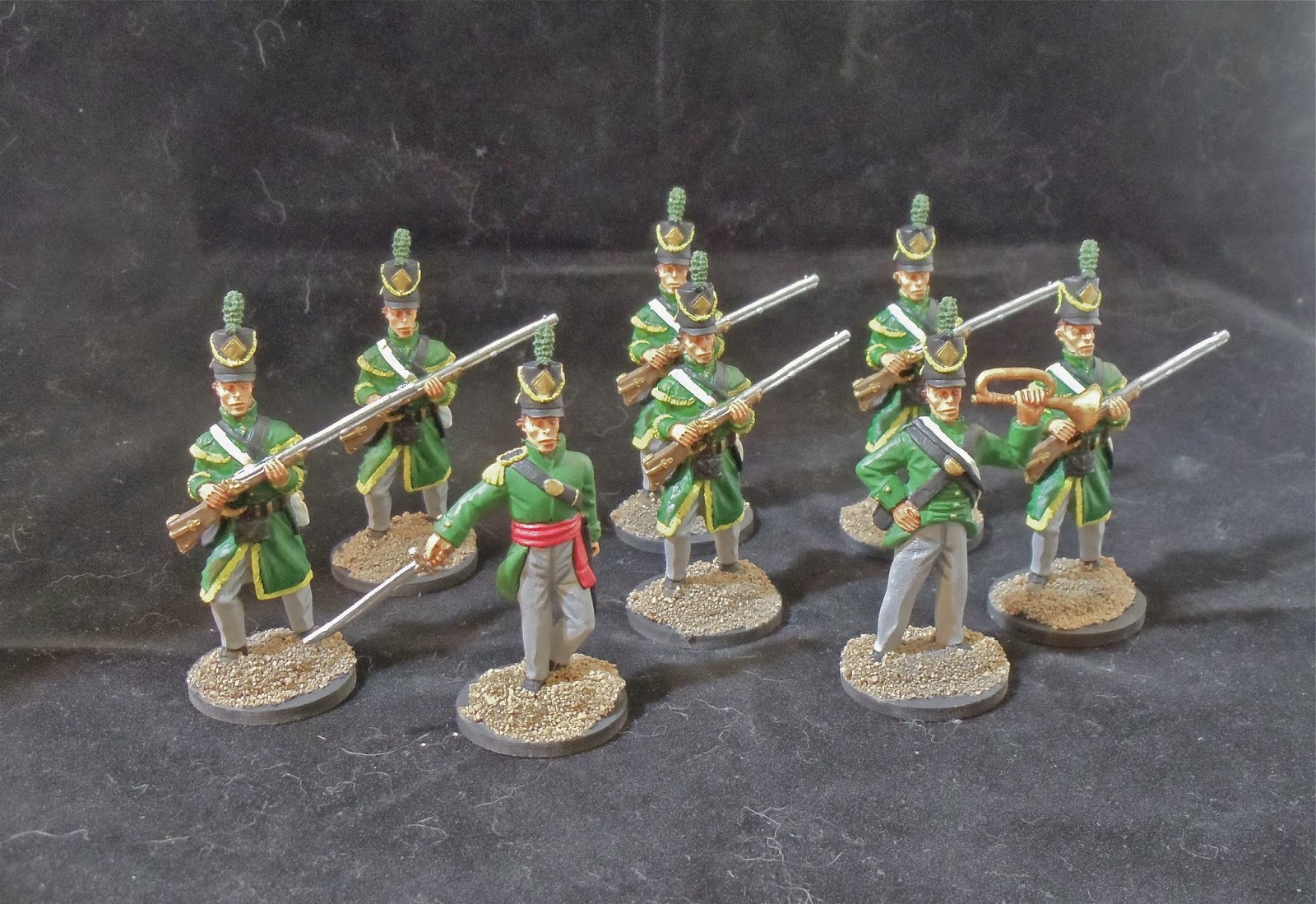 The other night I finished up 3 units of American infantry that I was slowly slogging through. These figures are all from All The King's Men. 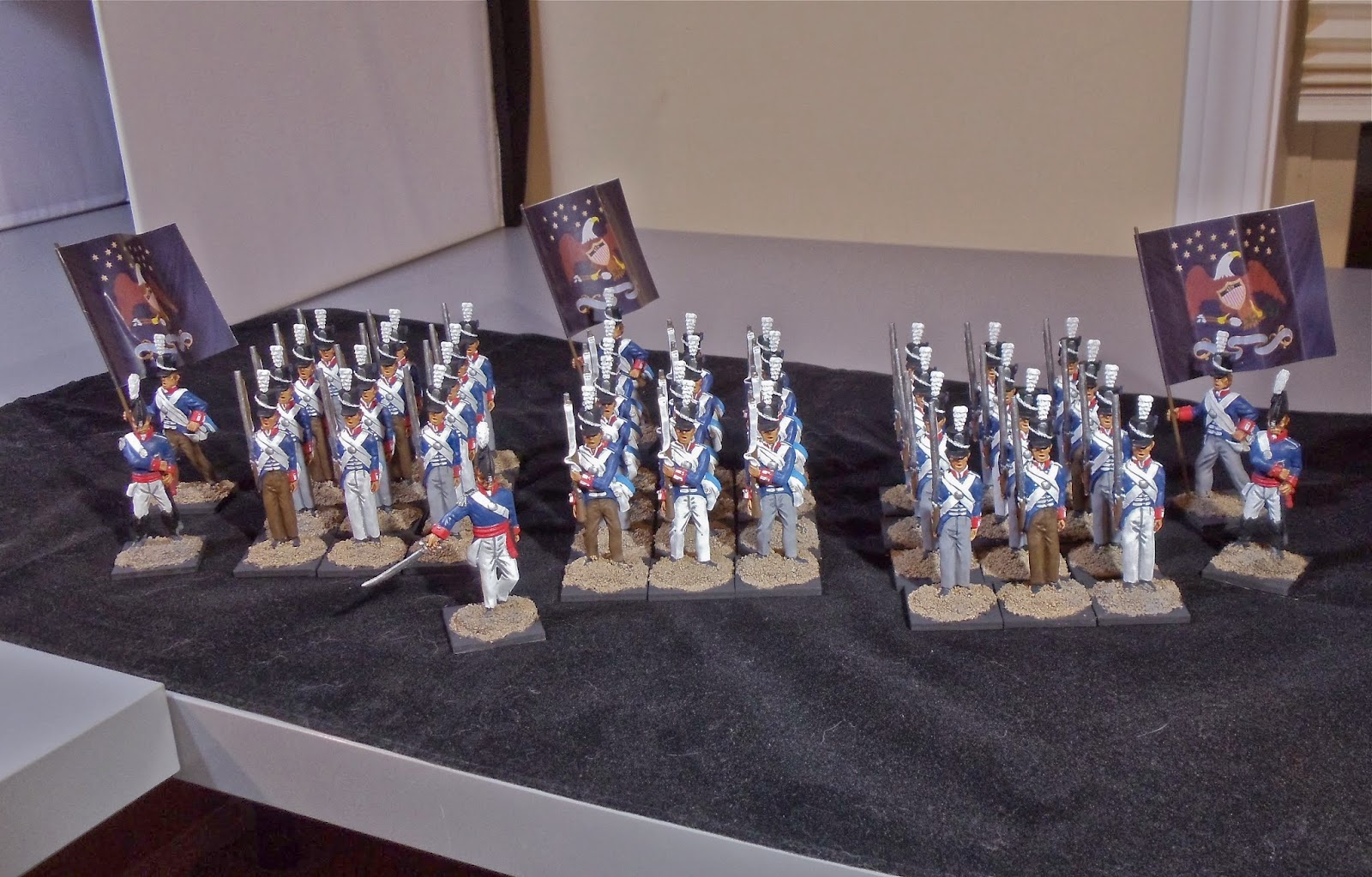 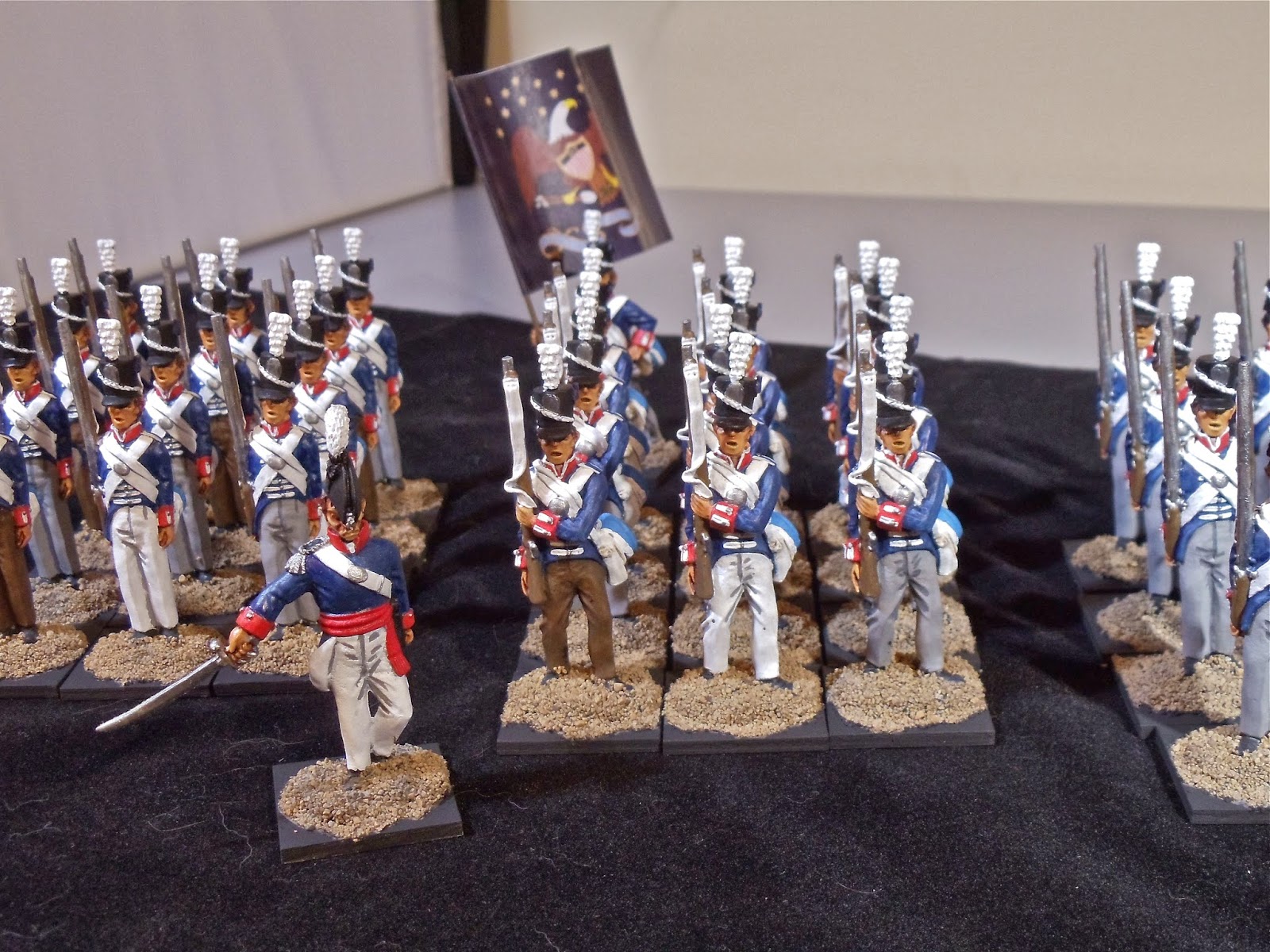 I'm going to avoid painting up a large batch all at once again, as it's really monotonous.

I've decided to run the 2nd Battle of Sackett's Harbour at MayDay this year. The British/Canadian side I've got ready but for the American side I need to paint up some cavalry, a cannon and another couple units of infantry. That and get my terrain ready. Oh and run through the rules as I haven't even tried them yet. On my paint table right now is a unit of US artillery and a unit of US skirmishers.
Posted by Scott M at 10:51 PM 2 comments: