Finished some more buildings and barricades this weekend. These pieces are all built from Mantic's sci-fi terrain sets. First up are 5 buildings and a ramp/bridge that I can place anywhere. 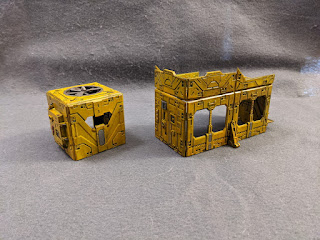 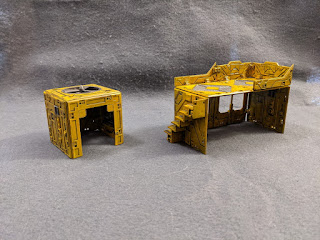 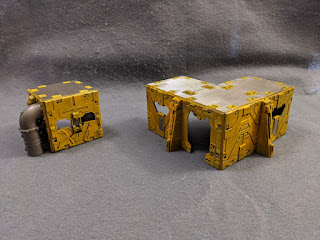 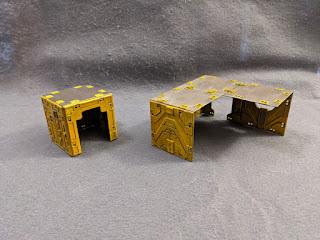 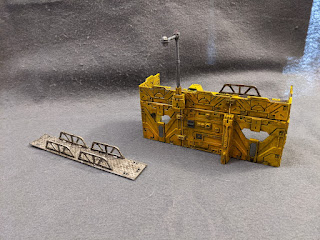 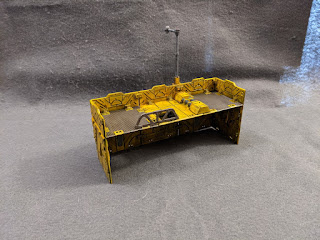 Next up is a bunch of barricades made with the same sets. 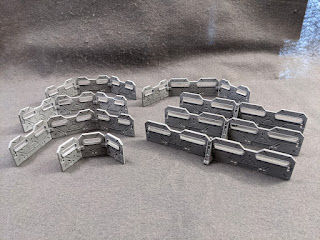 I've still got another 4 buildings being painted and another 2 that I'm actually waiting parts on as I ran out of connecting pieces.
Also this weekend, I got Terraforming Mars: Area Expedition to the table. 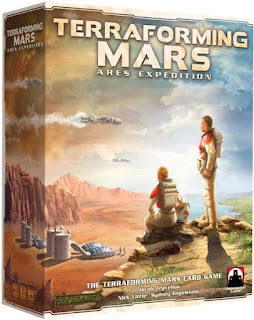 There was three of us playing it and it does seem to be a faster game as compared to full Terraforming Mars. I'm not sure if I like one better than the other. Something I've noticed with Ares Expedition is there's no way to really screw up other players, there's no event attack cards. That being said, the box is set up ready-to-go for card expansions.
The components are really nice as expected. The game does streamline things with regard to resources and you don't have to deal with where to place certain things on Mars. One of my players within 10 seconds noted the similarity to Race for the Galaxy. I noticed that right away from reading the rules. Overall, if you're played full Terraforming Mars, then this game will be a breeze. This game will definitely be finding it's way to my table many times.
Posted by Scott M at 8:30 PM No comments: