Finished some more figures for Counterblast. All figures are 28mm resin (with one exception) and are from Bombshell Miniatures' Counterblast line. First up is a trio of Illyrians. 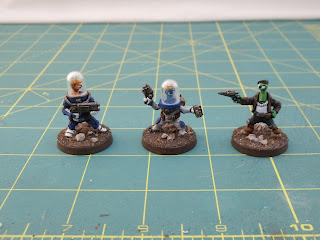 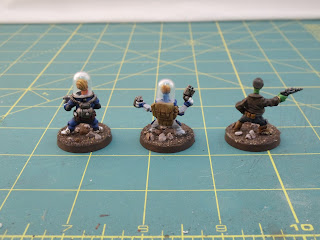 From left to right: GDF (Galactic Defense Force) Sentry, GDF Ranger, Lancer (think traders/privateers and assorted ne'er-do-wells) Plugger. They're kind of a goofy alien with their mouth down at the bottom of a giant eyestalk.

Next up from left to right are a Lancer Neiran exile, a Lancer Brute and an unaffiliated character named Skip Westmoreland. I've done him up in GDF colours as he can work with the GDF faction. The Neiran exile is the only figure of the lot that is metal. 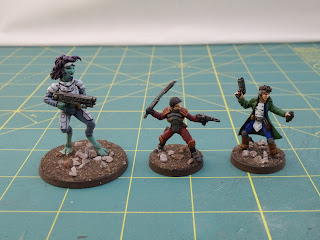 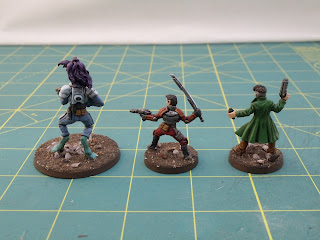 On my paint table right now is the two Star Wars Legion Imperial and Rebel specialist packs along with a pair of French tanks.
Posted by Scott M at 7:54 PM No comments:

Been a while since I've posted. Haven't died, so that's good. Recently managed to finish off some figs. All these figs are 28mm metal figs. This first group is a Games Workshop Chaos Ogre Command set. 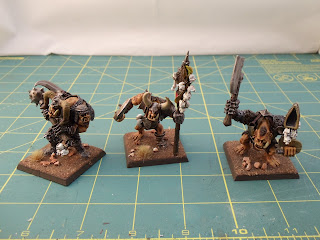 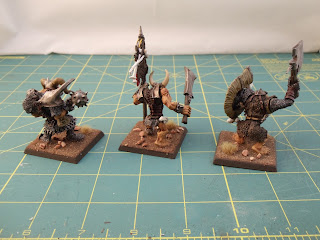 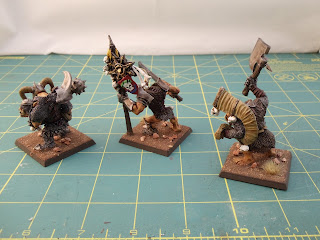 Next up is a female monk from Otherworld Miniatures. 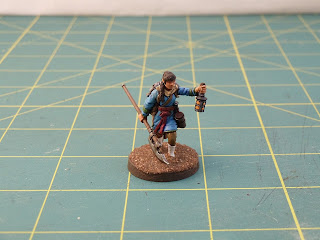 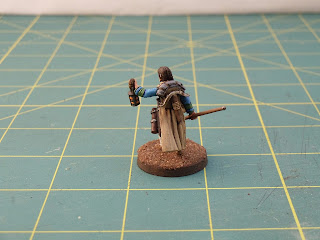 Next up is Peruhain, an elf monk from Reaper Miniatures. 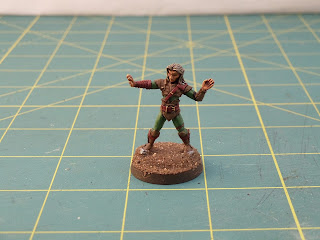 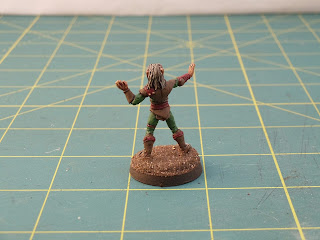 And finally is another Reaper Miniatures figure called Hiroku of Okura. 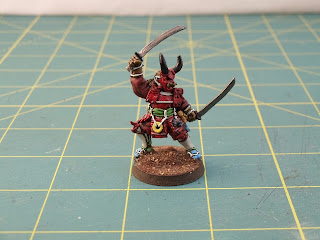 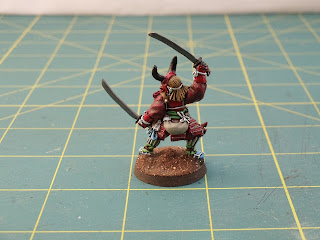 And here's all three together. 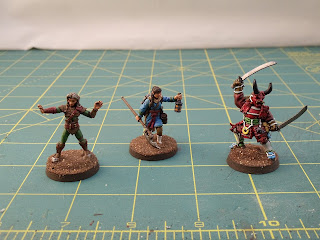 Next up on my paint table is a half dozen Counterblast figures.
Posted by Scott M at 10:10 PM 1 comment: