Today I finished another group of World War 2 French. These figures are all Warlord Games. First up is a squad of infantry. 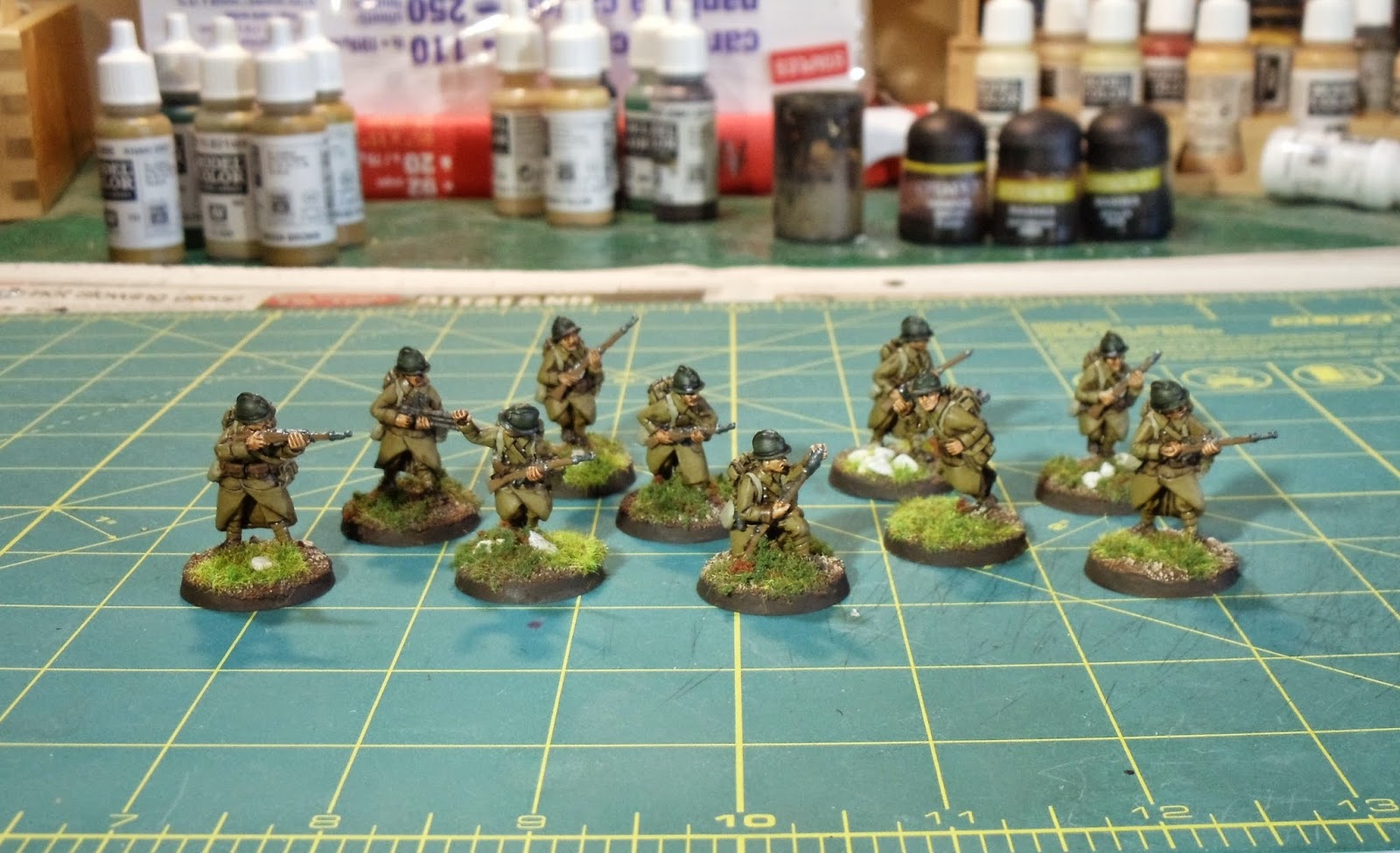 Next is an officer and aide. 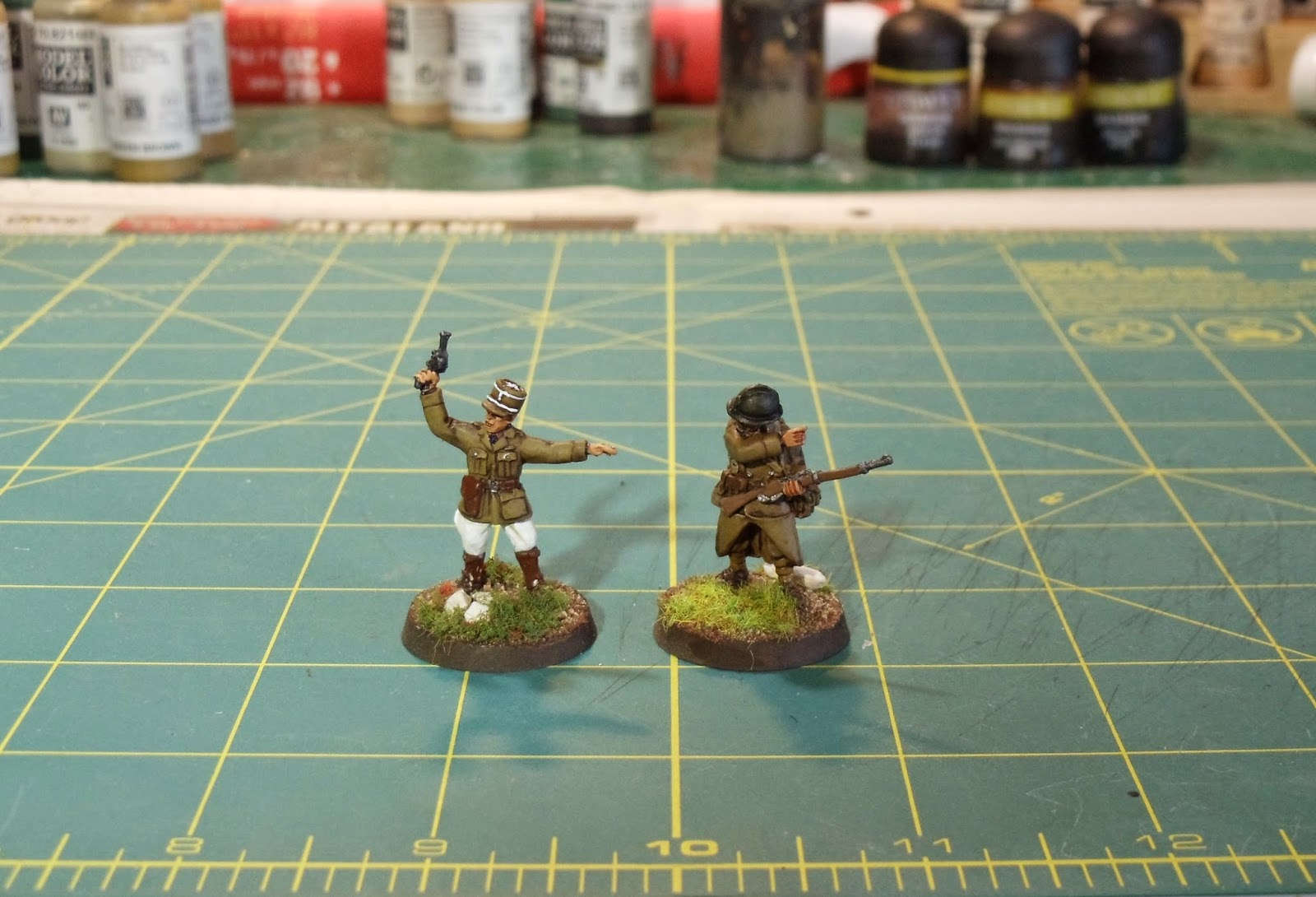 Next up is a medium machine-gun team. 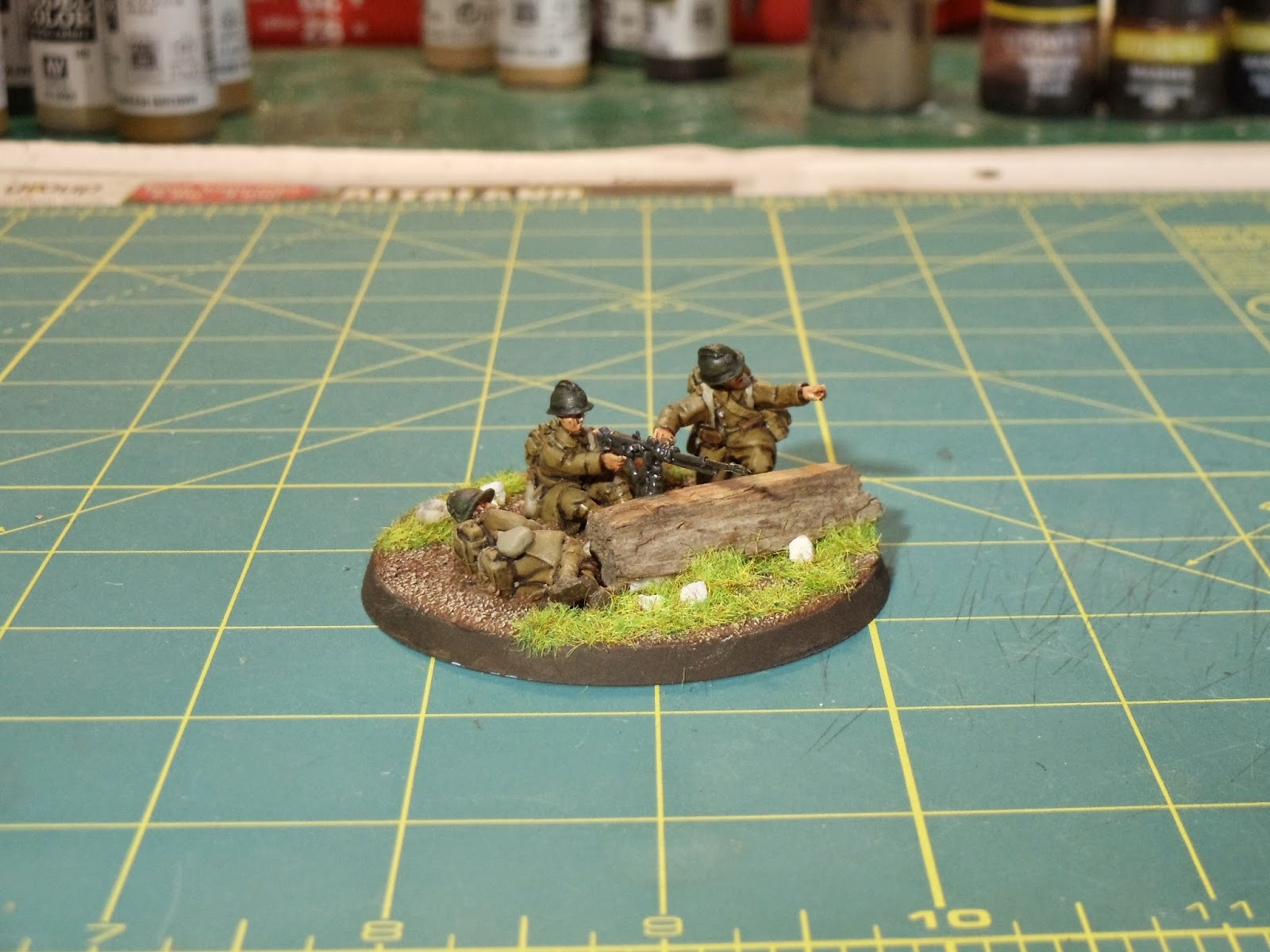 And finally is a mortar team. 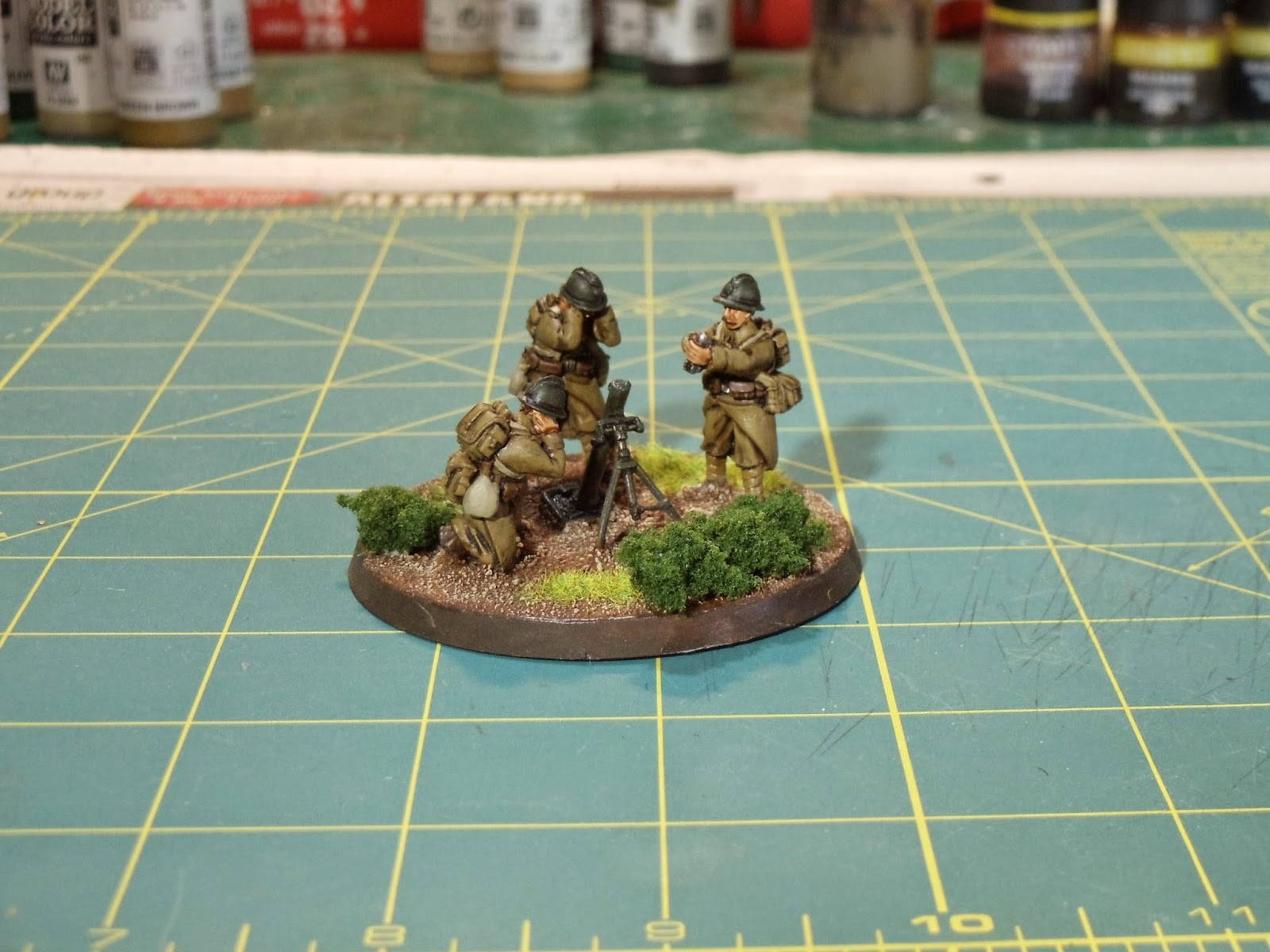 On the paint table is another unit of French infantry and a pair of 75mm guns.
Posted by Scott M at 3:38 PM 3 comments:

So I decided to jump into a new project, that being 28mm World War 2 French. I figured I'd go early war as that allows more nations with less uber units. Warlord Games recently had an offer of free shipping to Canada and the US, so I figured why not. I picked up the 500pt army plus a medium machine-gun and a Renault R35 tank. First up is a squad of infantry. 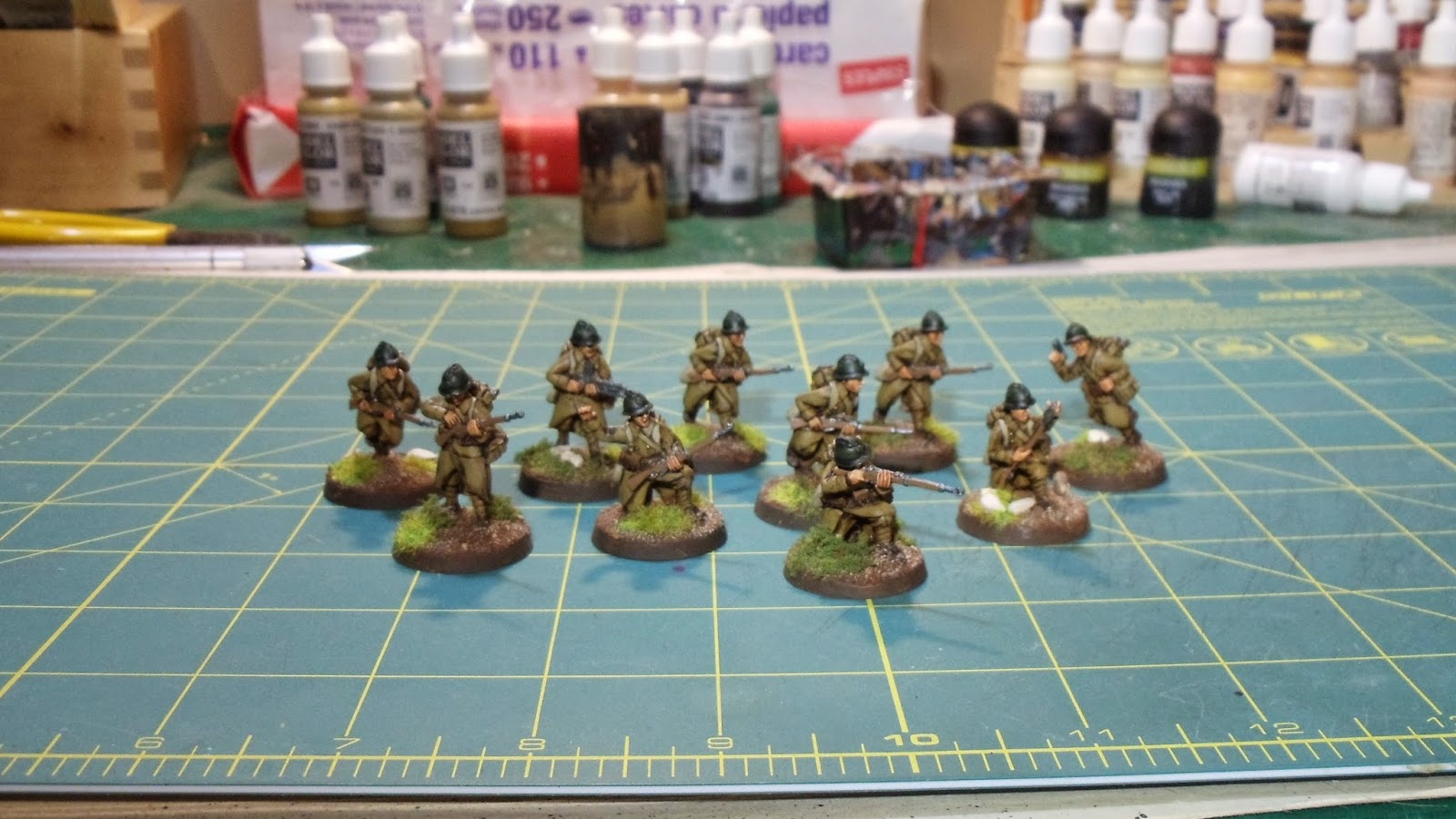 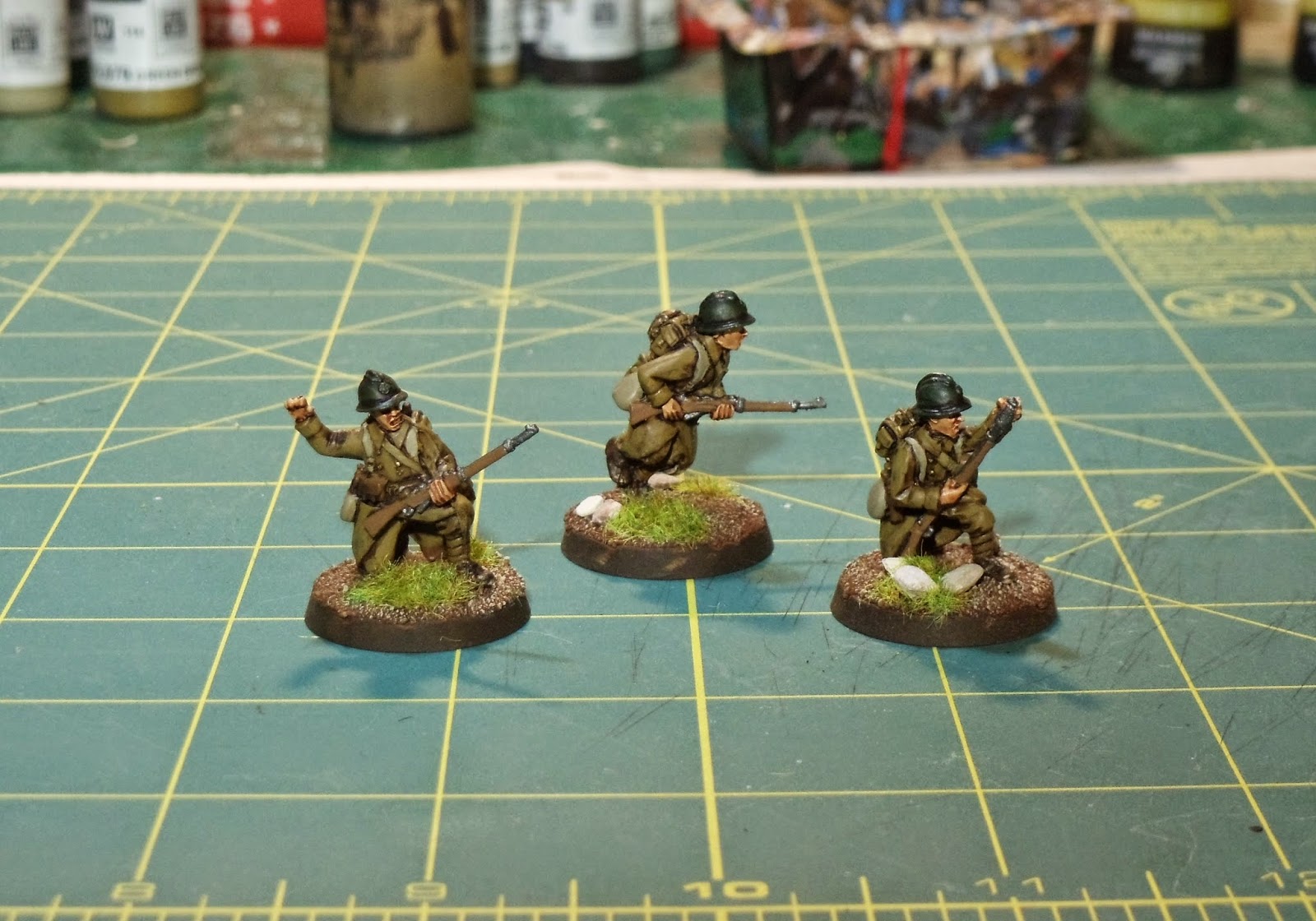 Figures are all metal. They had very little flash and are nicely detailed. They painted up quite nicely, I was surprised they came together as nice as they did and I really enjoyed painting them. Up next is the machine-gun unit, a mortar unit and an officer and aide.
Posted by Scott M at 11:00 PM 2 comments: 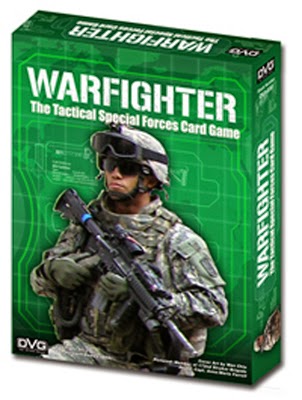 Last November I got in on the Kickstarter for Warfighter by Dan Verssen Games (DVG). Last week it arrived!

In this game you (and up to 5 other players) assume the role of a U.S. special forces team. Each mission you are assigned a set number of points with which to build your force. Each soldier comes with varying abilities and you then purchase additional skills, equipment and weapons.

Each mission has a set number of locations the players have to go to before they reach their objective. And of course along the way there are enemies that need eliminating. The game has two theatres of operation: jungle fighting against drug cartel forces or in the Middle East fighting against either insurgents or organized military units.

They game components are pretty nice and come with some novelty items. The dice are in the form of 6 and 10 sided bullets. There's also some 1/72 scale figures to use for each player. I'm not a big fan of the figures so I've ordered some 28mm figures as replacement.  I've already had two games and it's pretty slick. This is my second DVG game and it's pretty good.
Posted by Scott M at 11:55 PM No comments: