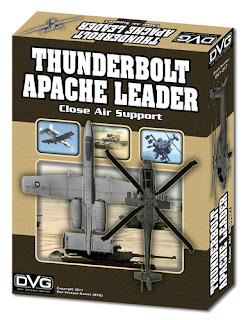 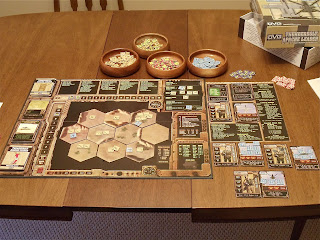 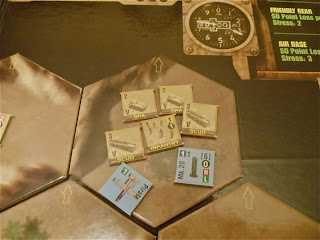 Miniaturewise, my next batch of Hittites is coming along nicely and I'm actually hoping to maybe get them done this weekend.
Posted by Scott M at 11:42 PM 3 comments:

First of the Hittites

Yesterday I finished the first of the 15mm Hittites to combat my NK Egyptians. Figures are all Old Glory 15s. First up is 4 units of light infantry (FL) Hittite spearmen. 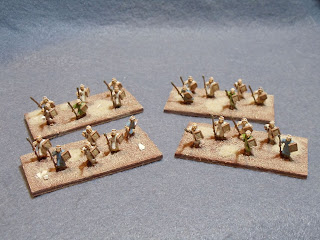 Next is 4 units of Anatolian Vassal skirmishers. 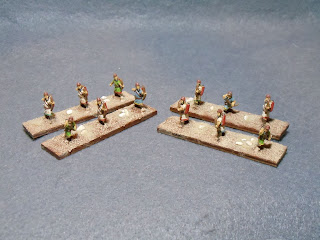 It'll probably be a while till I post again as the next batch of figs is substantial, I believe it's 11 bases worth of heavy infantry and missile troops. I've also got 2 units of Warrior Monks for my Samurai army waiting for paint sticks to be freed up.
Posted by Scott M at 10:39 PM 6 comments: 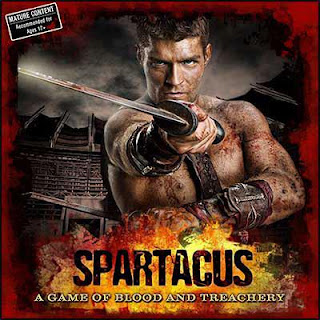 Last night I was finally able to get my copy of Spartacus that I got last Christmas onto the table.  I like this game, it's simple, fun and suits the conniving back-stabbing nature of my group quite nicely. I'm looking forward to getting this on the table again.  We were able to also get in a game of Puerto Rico. It's probably been almost two years since I've played this one. A great Euro game.

Presently on my paint table is the first batch of Hittites and they're nearing completion.
Posted by Scott M at 12:15 AM No comments: