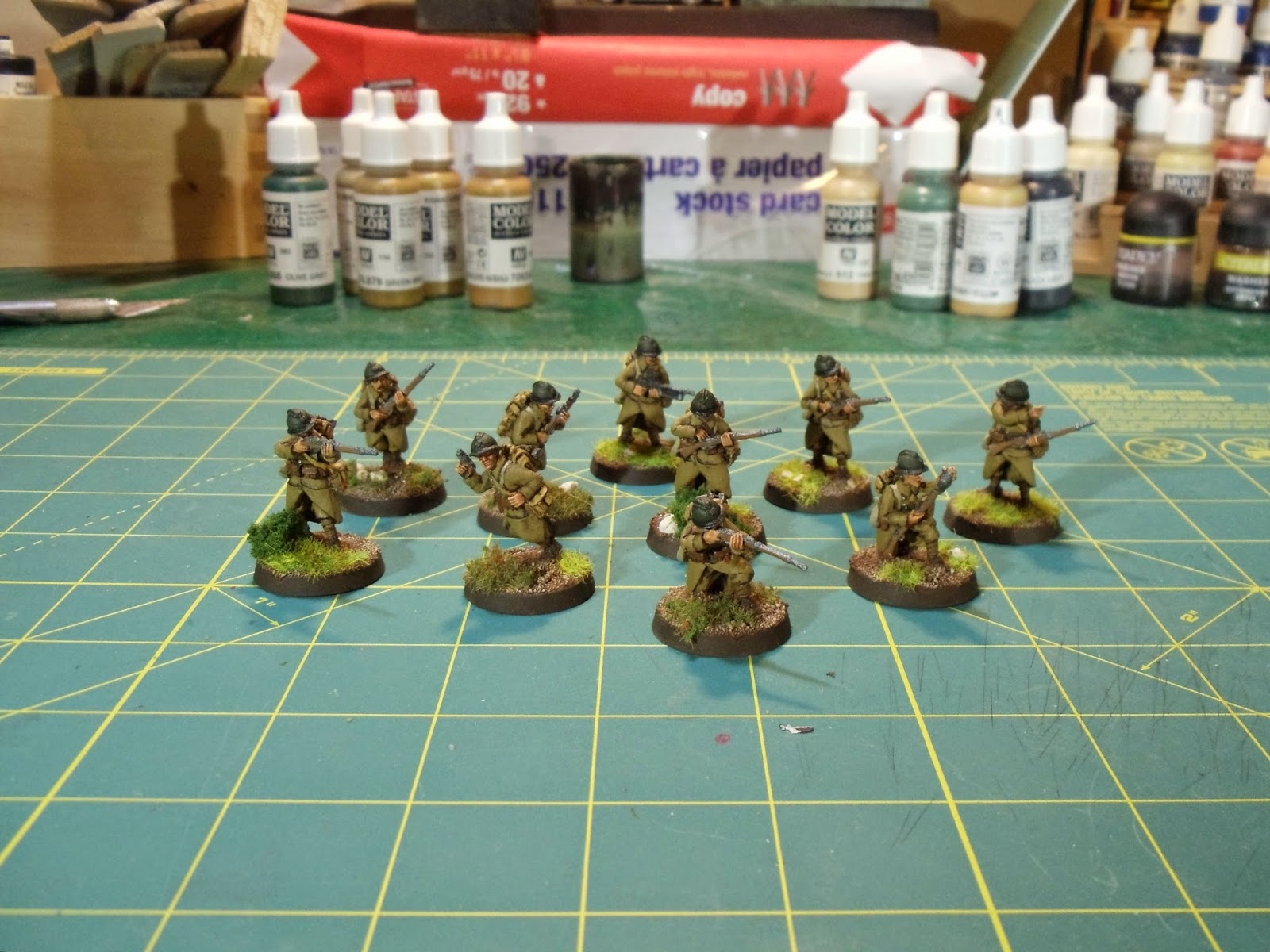 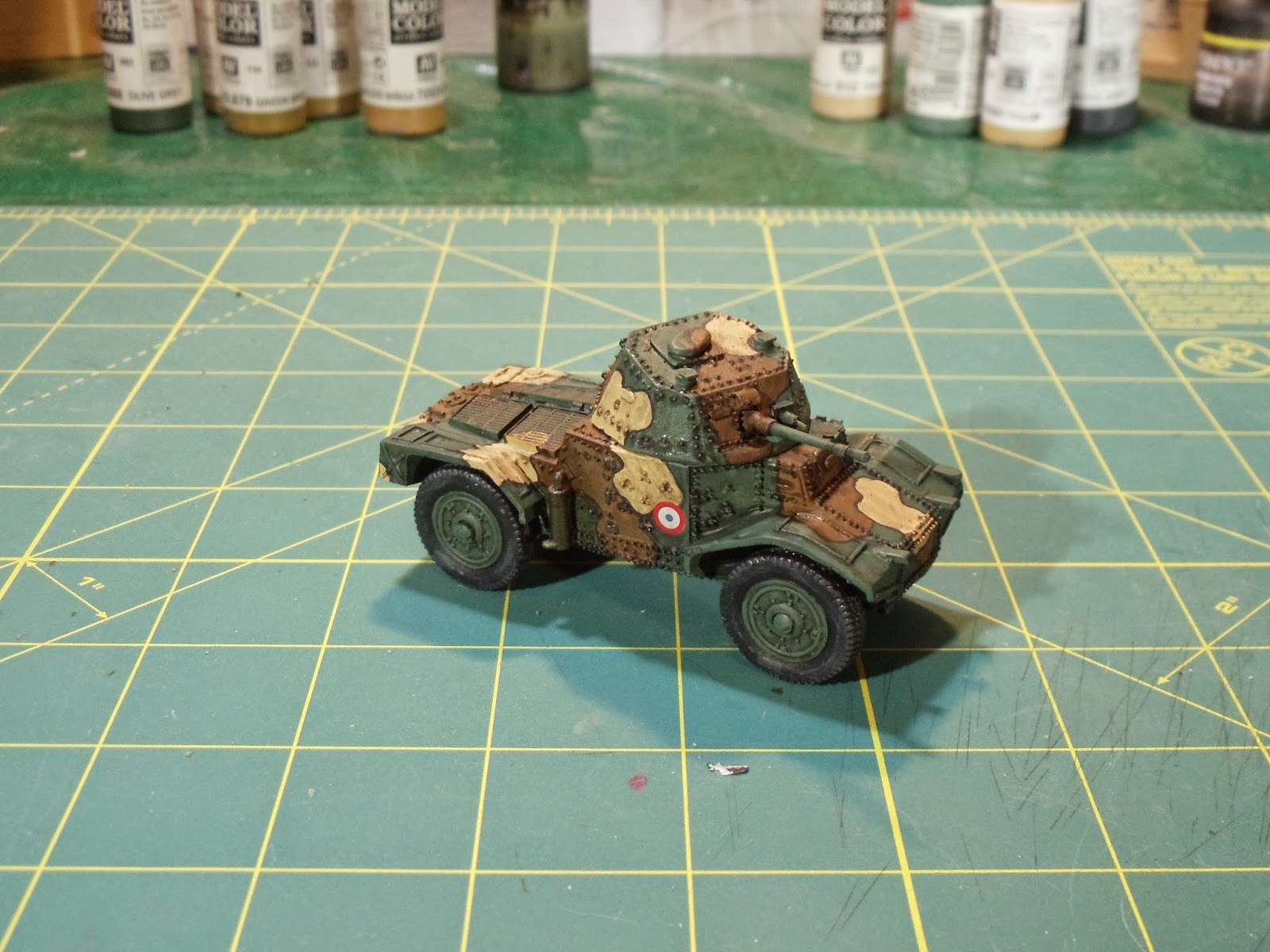 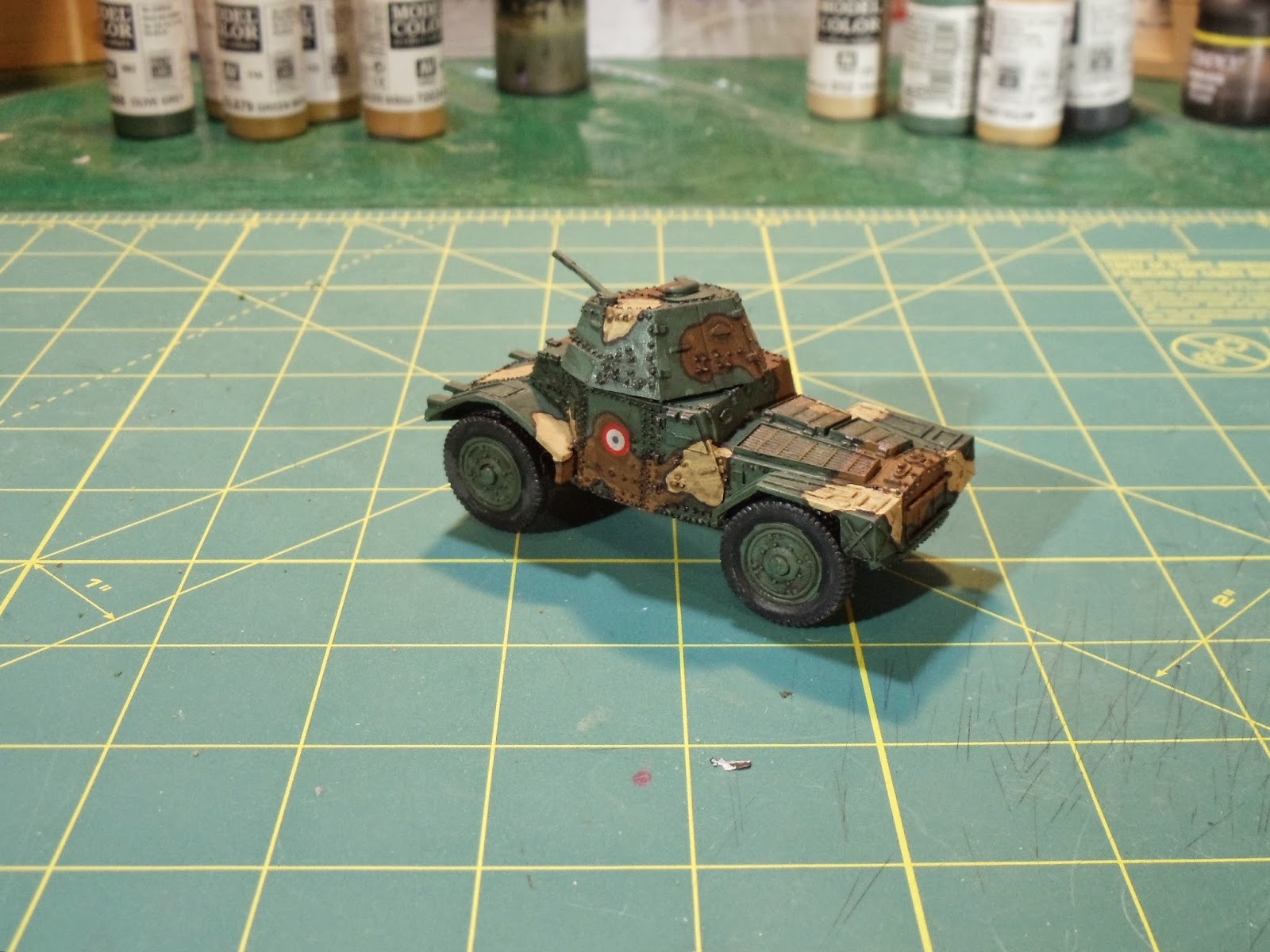 The past couple days has seen me finish off another batch of World War 2 French. All figures are from Warlord Games. First up is a Char B1 bis tank. 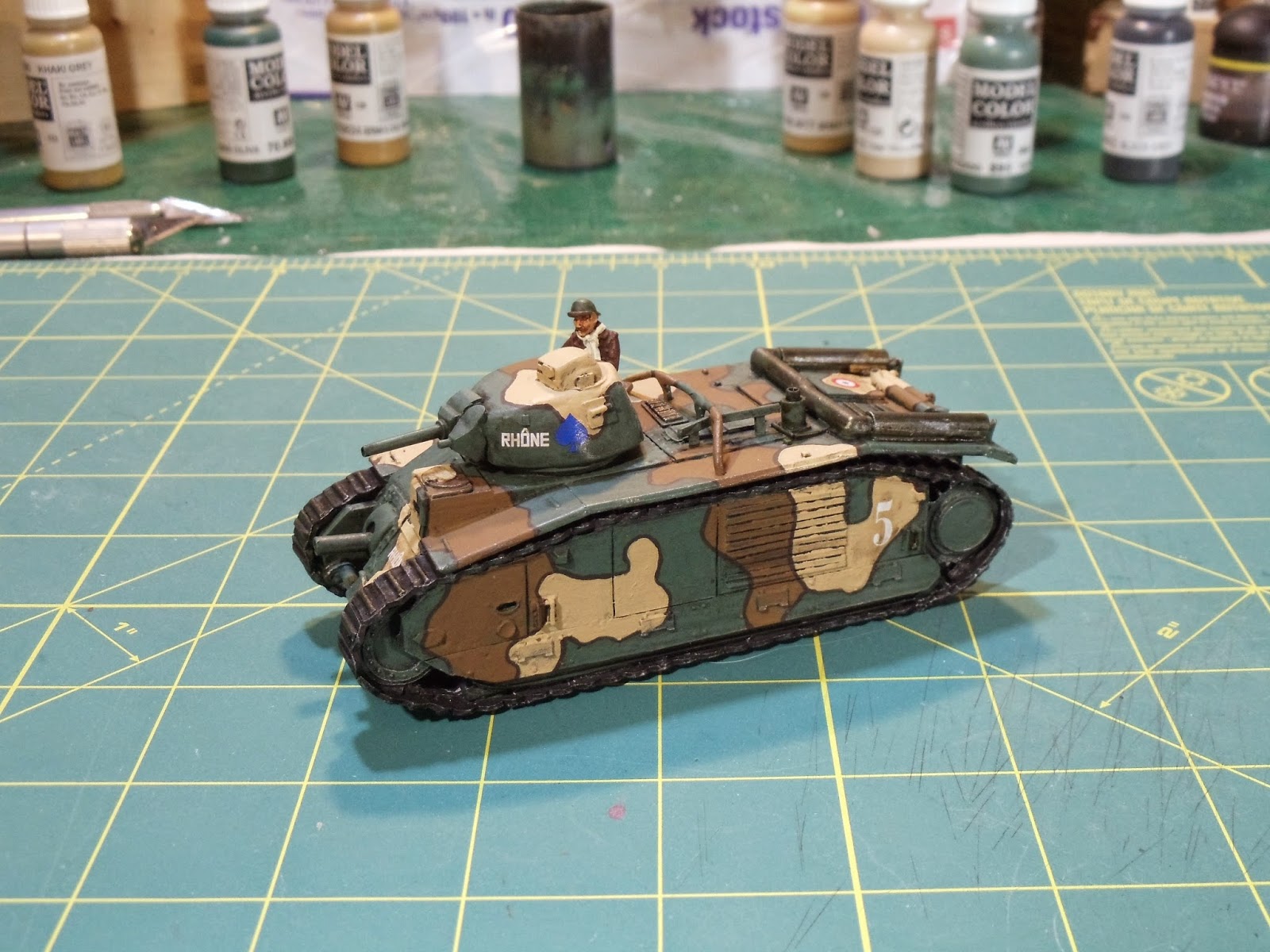 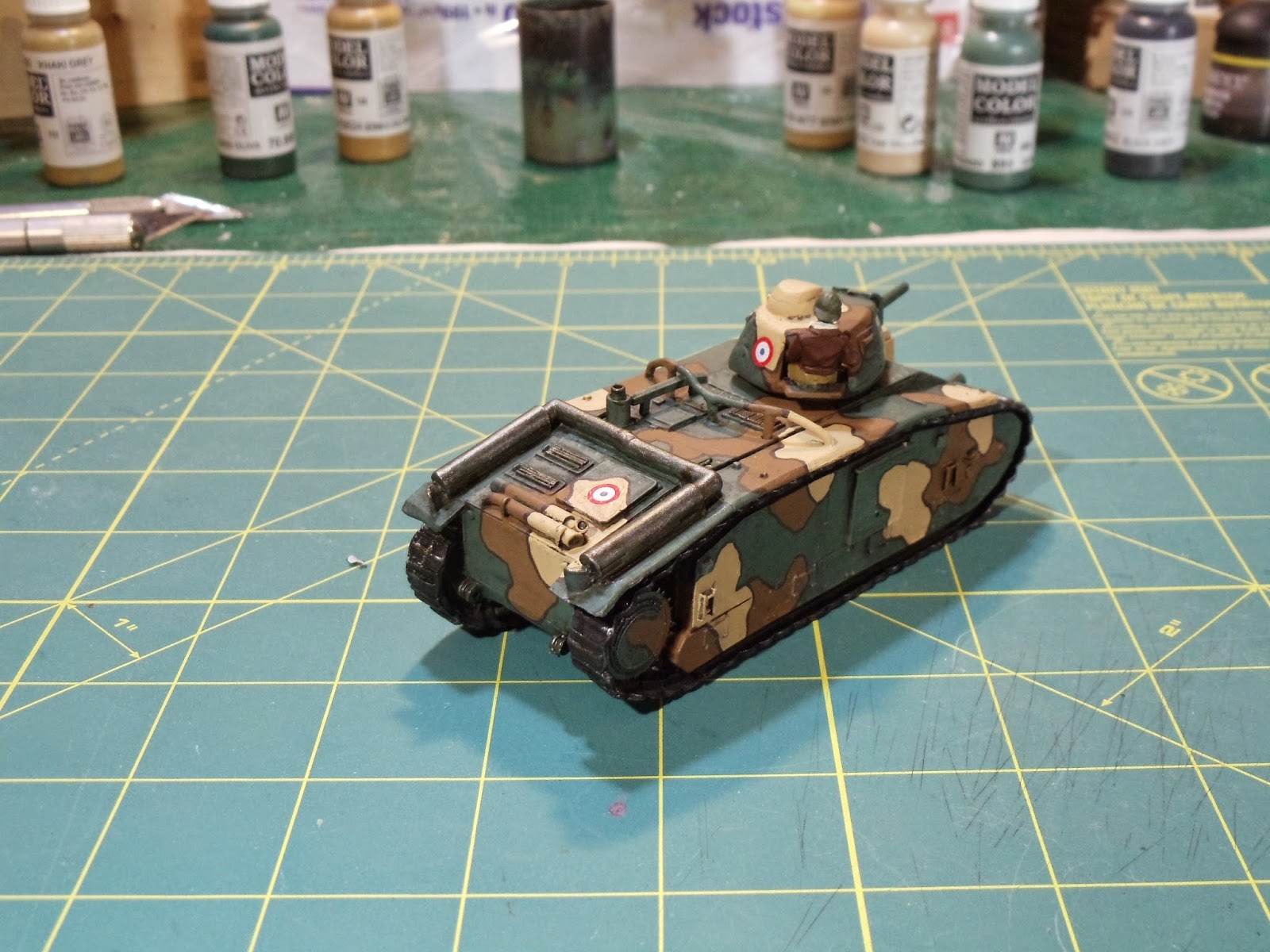 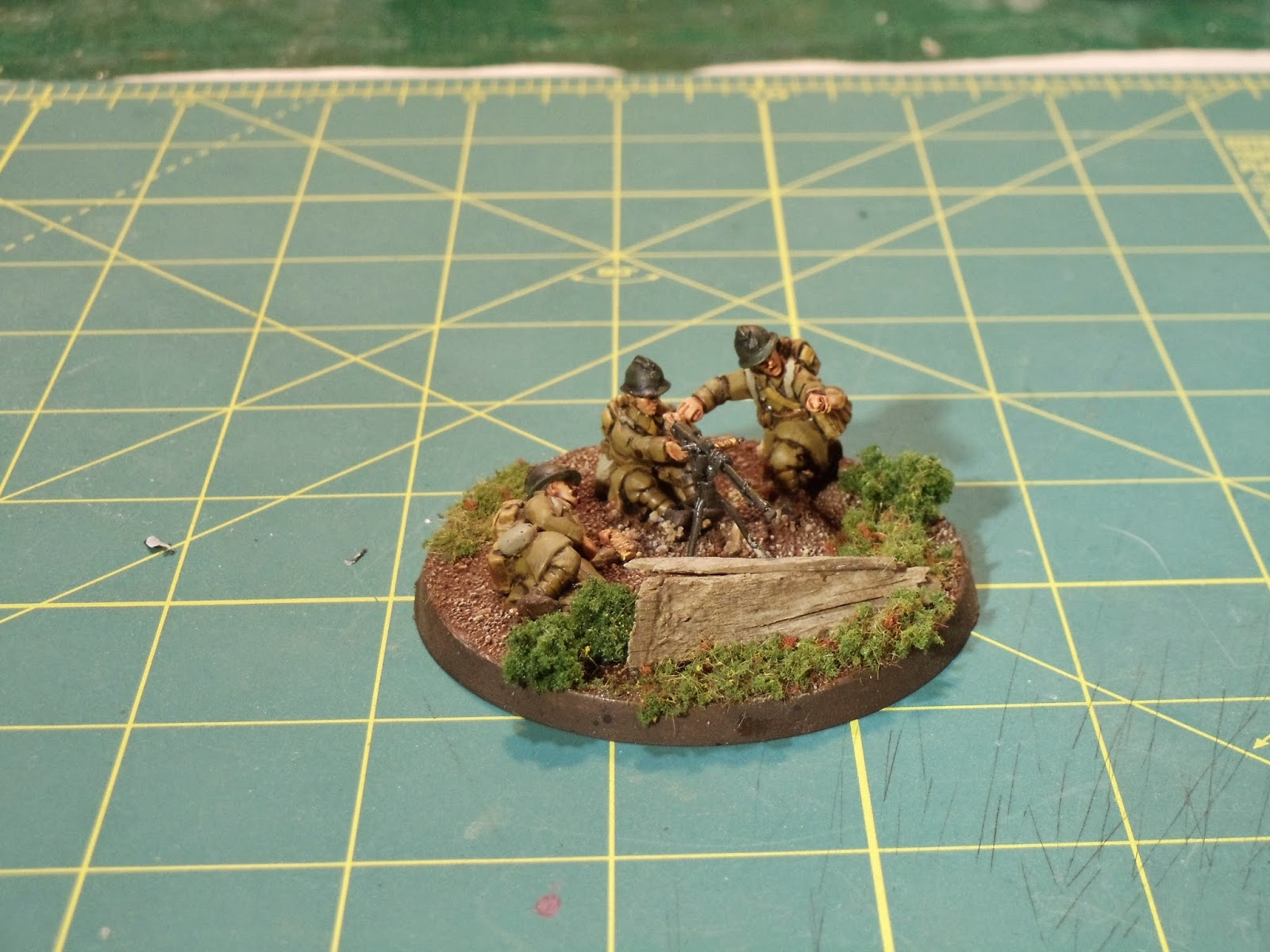 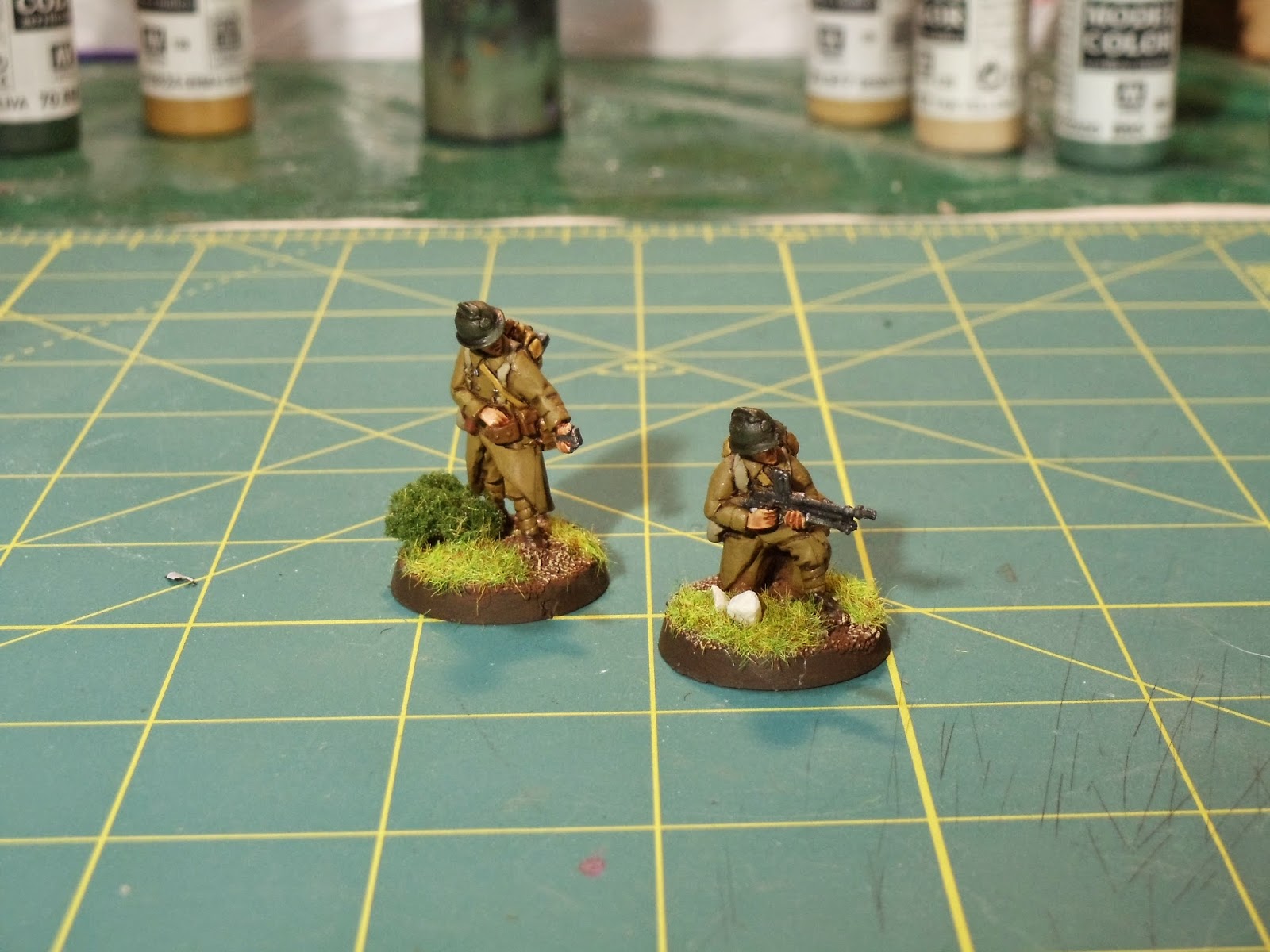 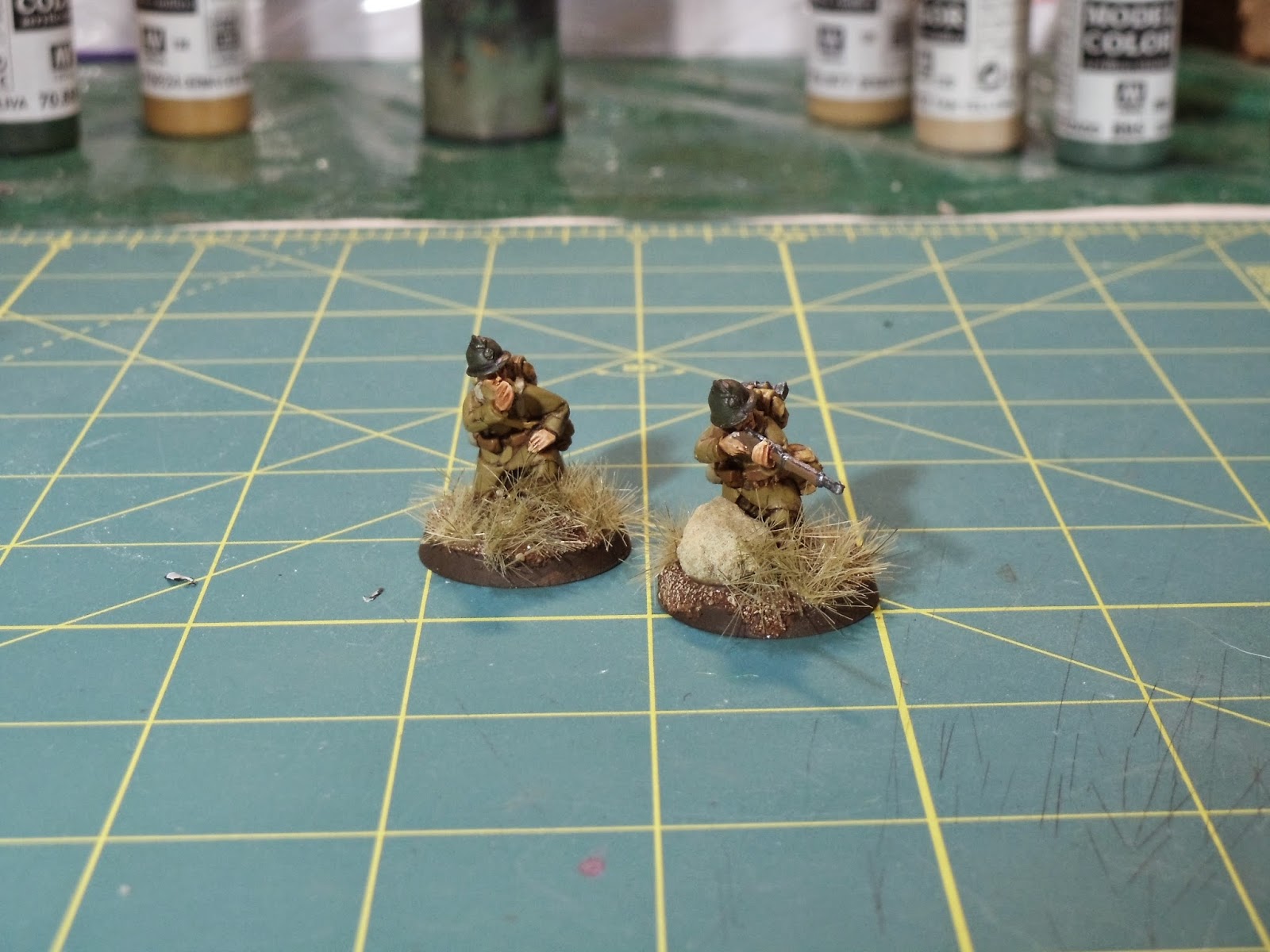 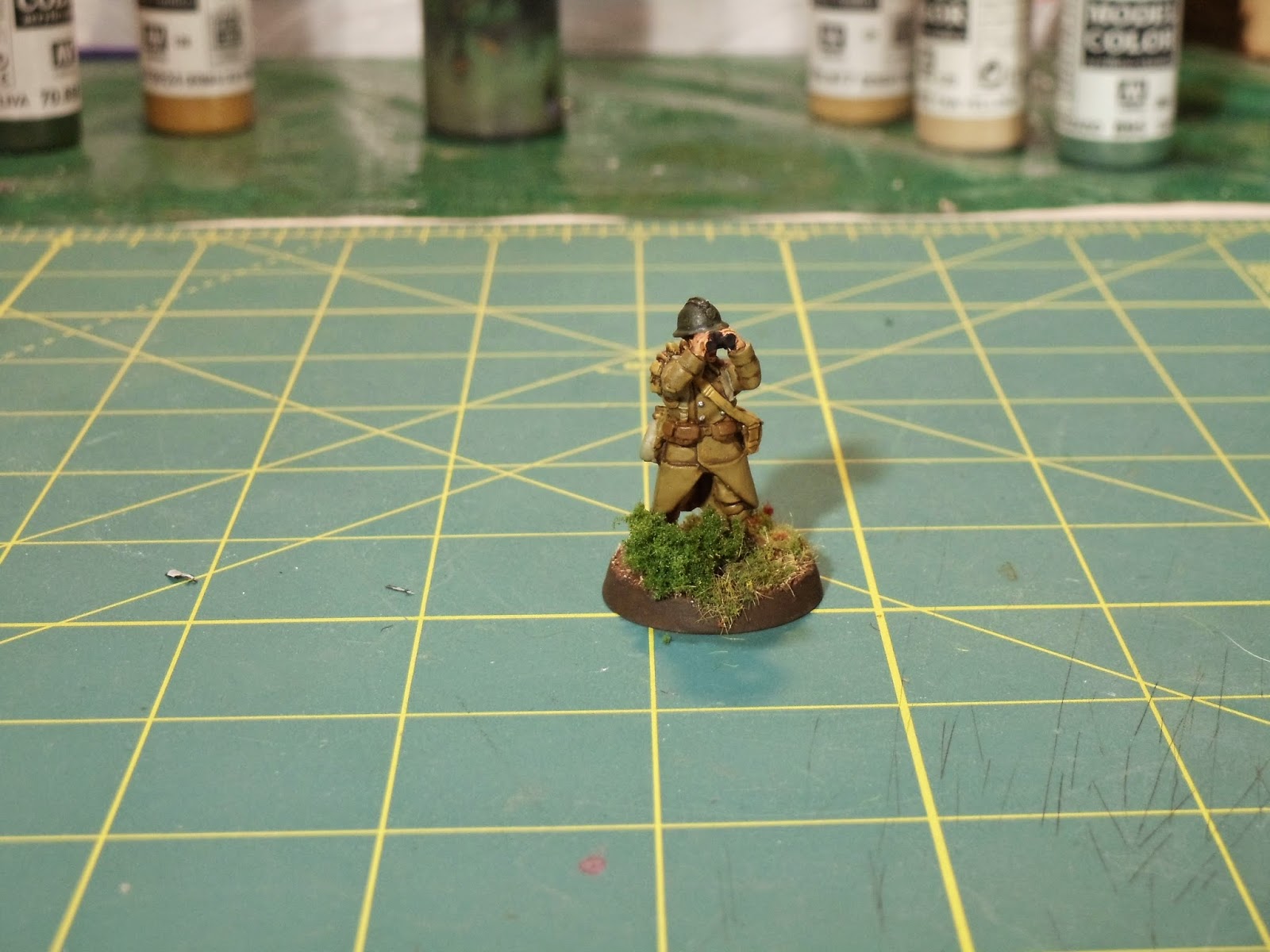 Next up on my paint table is another squad of infantry and a Panhard armoured car.
Posted by Scott M at 5:23 PM 8 comments: 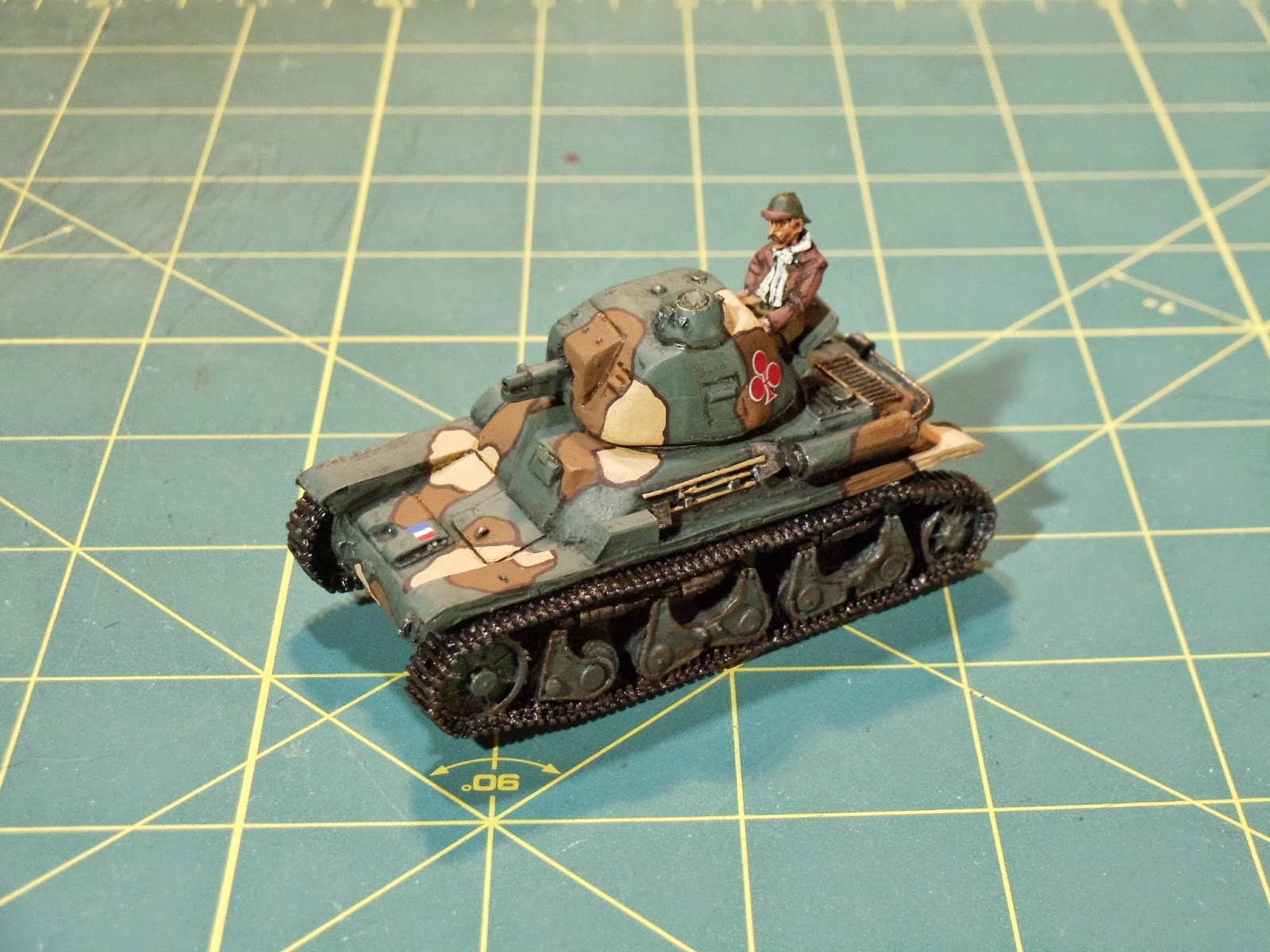 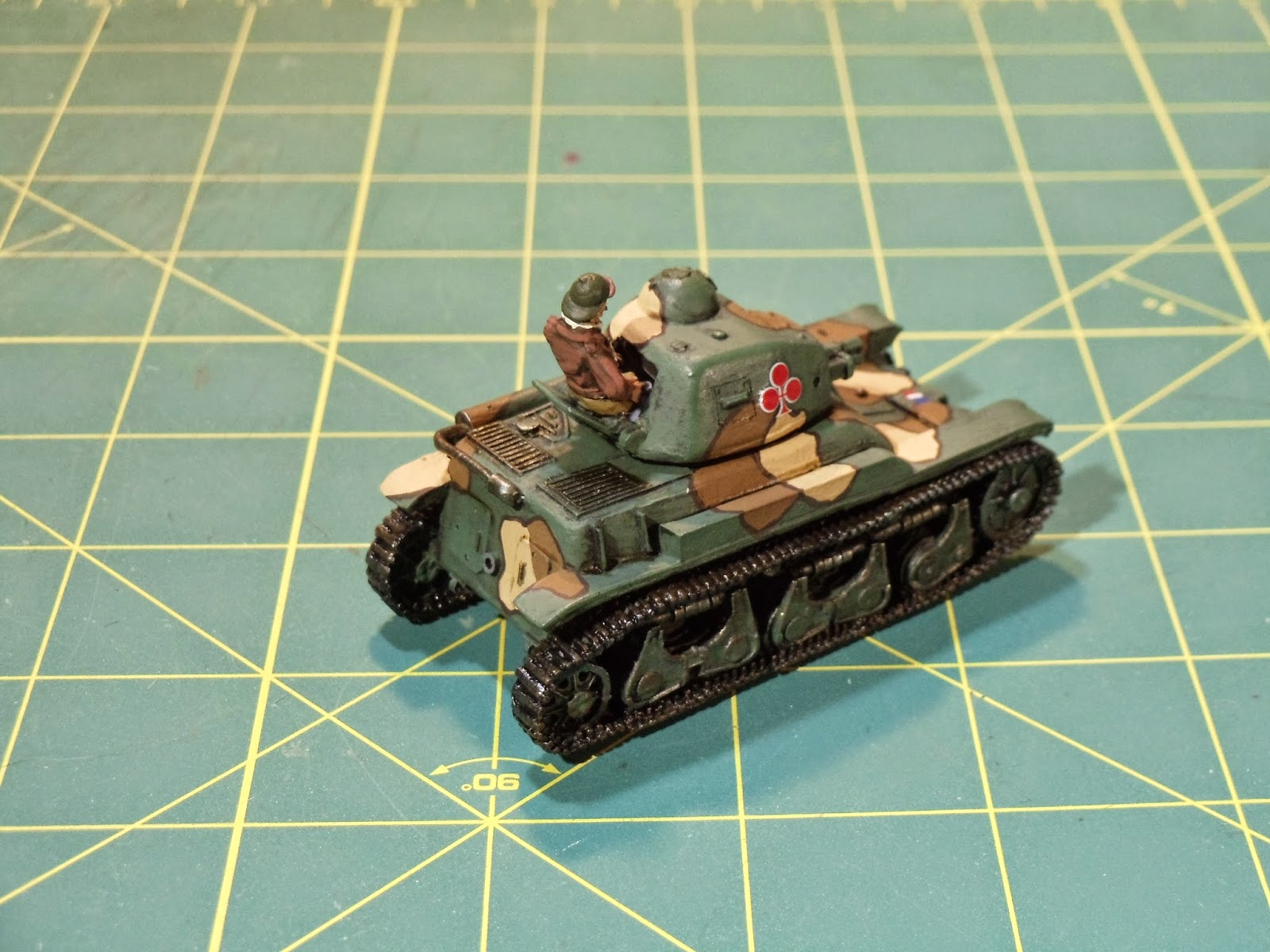 This model is from Warlord Games. This was a fun little model to do up. I'm going to put some roundels on, once the transfer sheet arrives (hopefully next week).

I've been using this Flames of War page for the paint scheme and labelling:
http://www.flamesofwar.com/Default.aspx?tabid=110&art_id=2417&kb_cat_id=27
This is the last of the French that I have and I'm expecting another large package from Warlord hopefully next week with some more infantry and a bunch of vehicles. This should round out my French forces.

And finally yesterday I finished up this set of 5 ships for a good friend of mine. 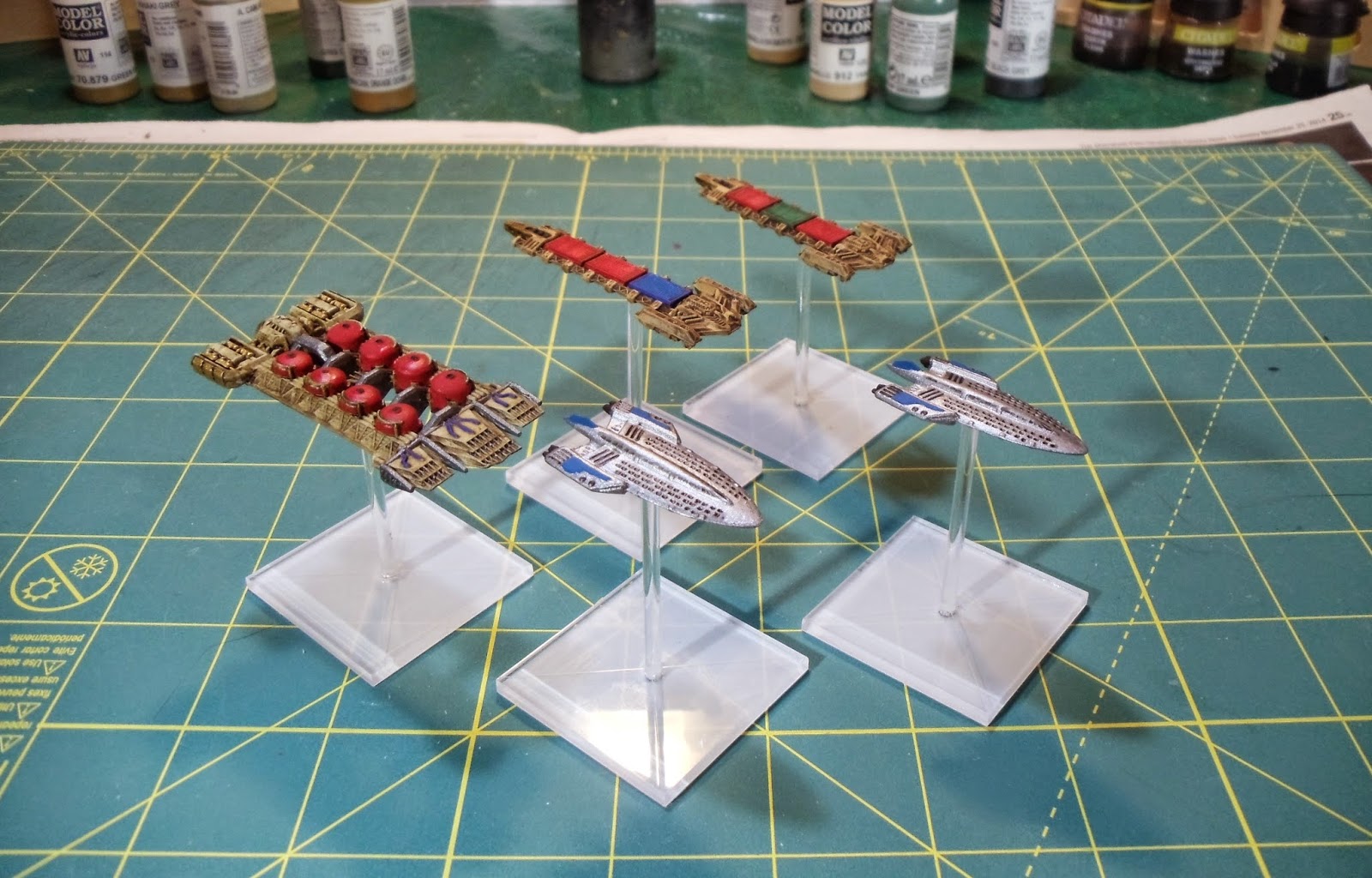 These ships are from a pack of civilian ships from Spartan Games' Firestorm Armada line.

Next up… I'm not sure. I've got some 28mm modern US special forces sitting on my desk or maybe some buildings. We'll see.
Posted by Scott M at 4:56 PM 4 comments:

Last night I finished off a pair of French 75mm Model 1897 field guns. This was the first time I've ever actually painted any sort of camouflage and I think it turned out decently. Figures are from Warlord Games. 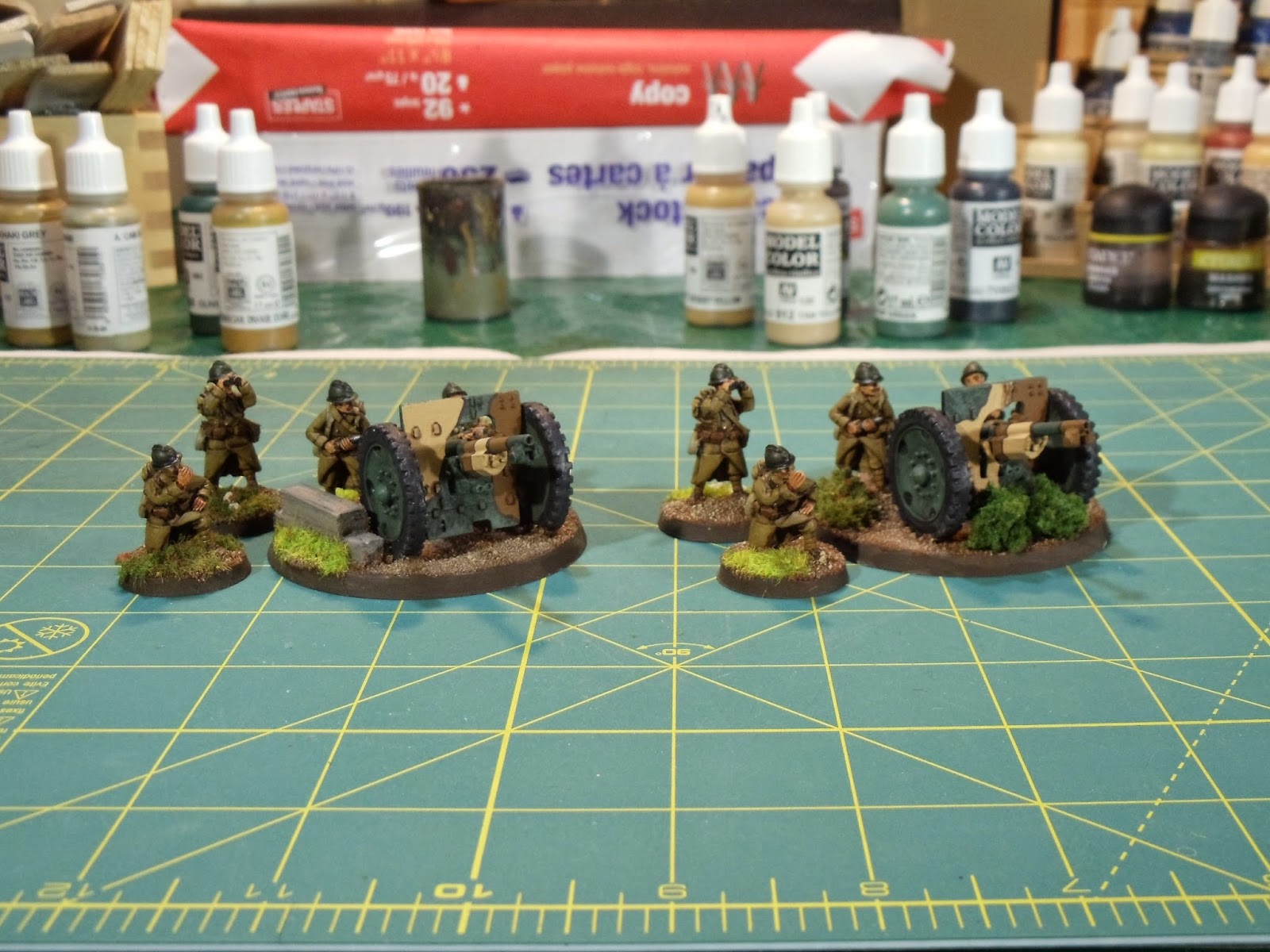 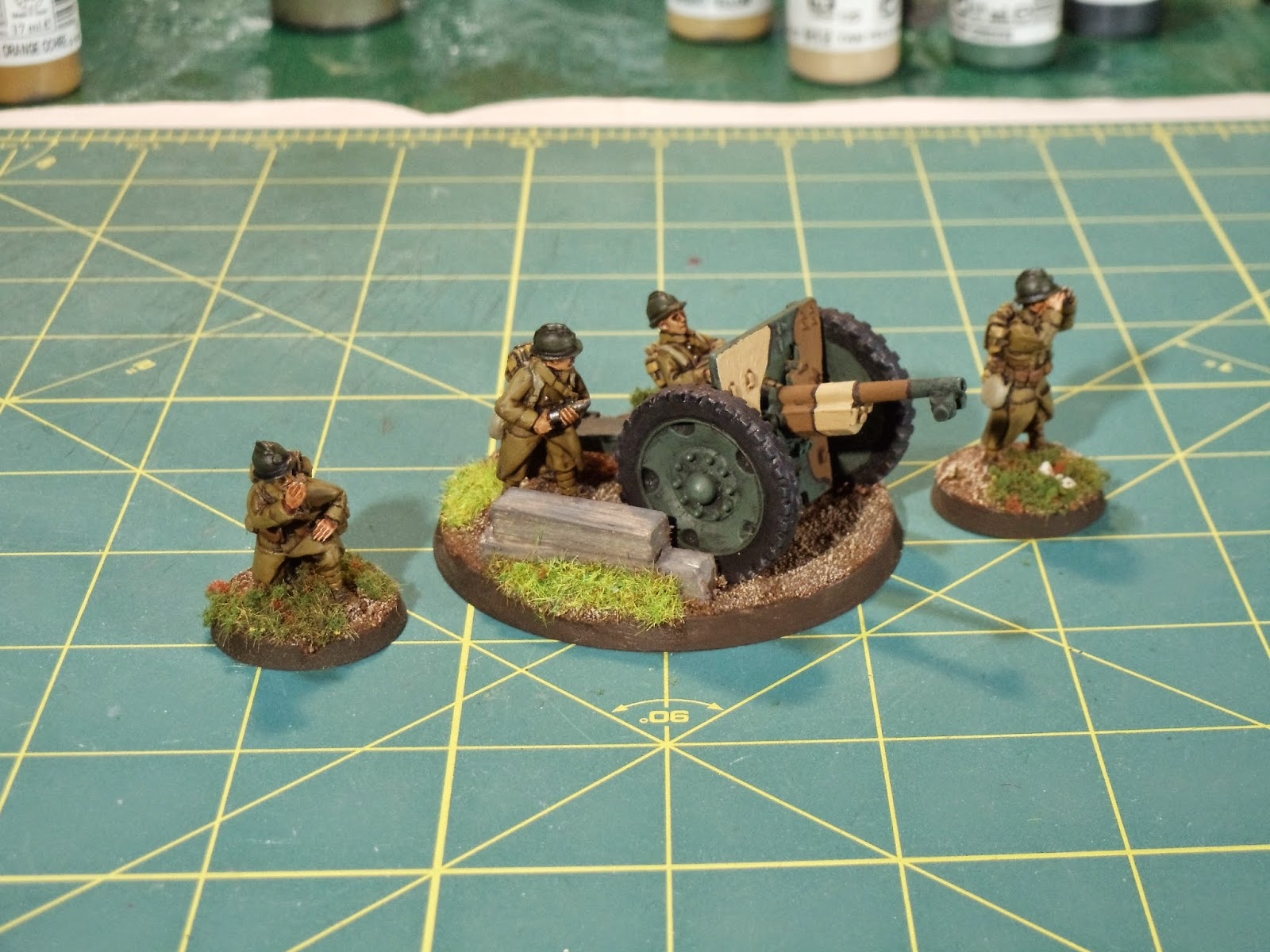 I also finished up another squad of infantry. Figures are also from Warlord Games. 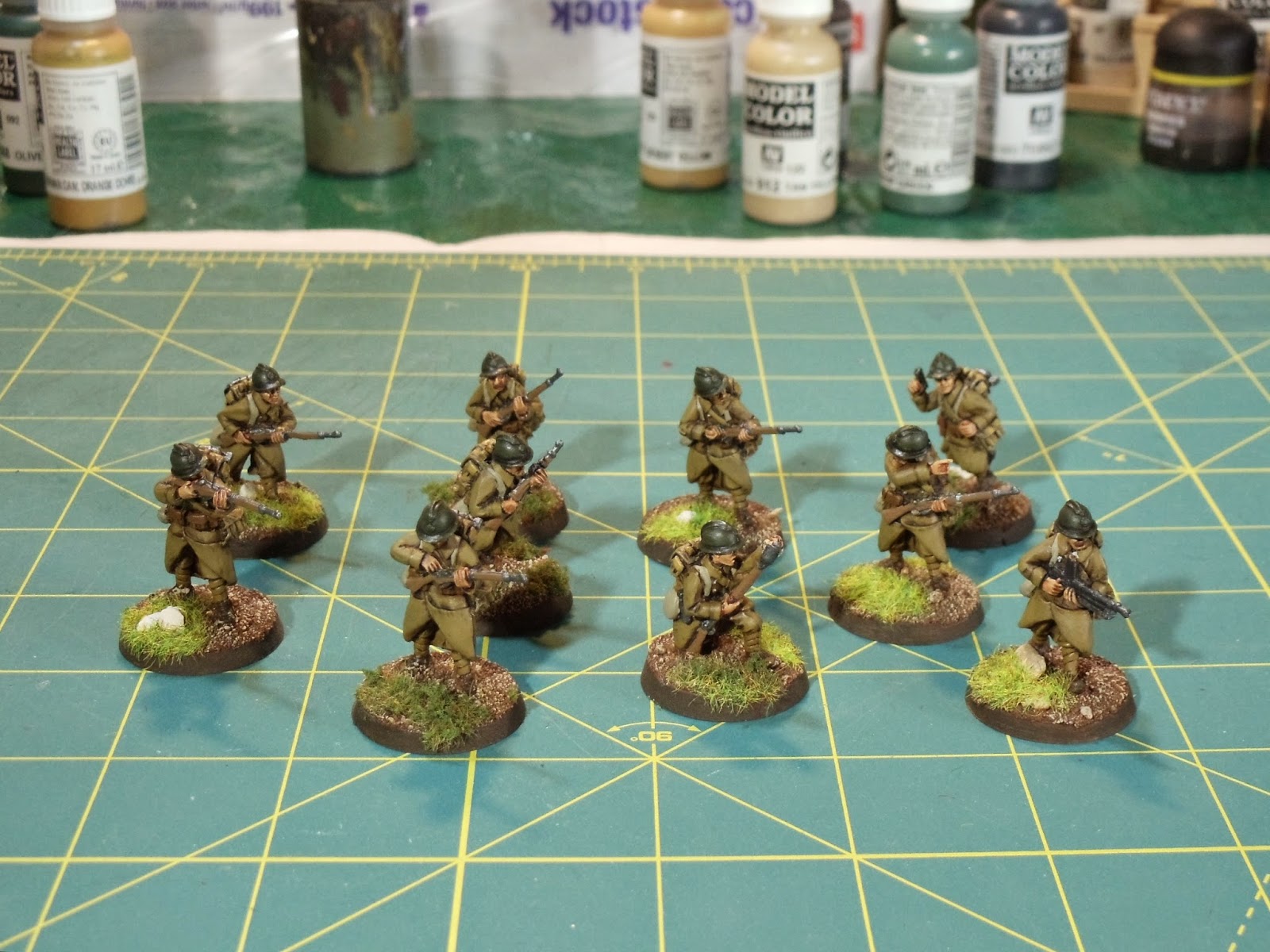 Up next is an R35 light tank. I've also got some infantry I picked up for Warfighter and my order of buildings from Sarissa Precision has started to come in, so I'll need to paint those up.
Posted by Scott M at 12:01 PM 2 comments: