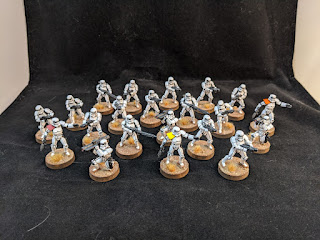 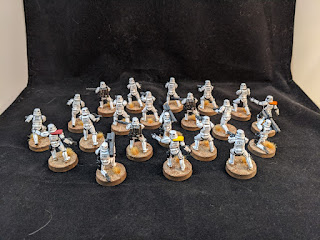 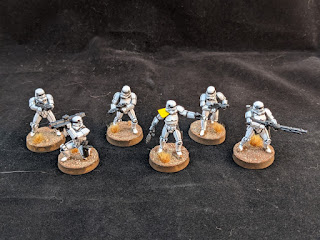 Regardless, I need to clean off the figs that are on my table that are in various stages of painting.
Posted by Scott M at 11:27 PM No comments:

Recently finished a large box of 57 28mm Russians in summer uniform. These plastic figures are from Plastic Soldier Company. Overall, the sculpts aren't very good. The detail is very soft and varies a fair bit from figure to figure. Some figures have highly detailed faces and others the faces are just featureless flat surfaces. Weird.

I'm not doing Russians for myself, I'm painting these up for a friend as he doesn't have any painting capacity and he wants to have an army for Chain of Command. This will form a good core for a Russian force. Would've been nice to have more riflemen though and less guys with submachineguns.

First up is the whole group. 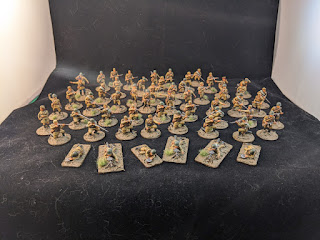 Here's all the rifle figs. 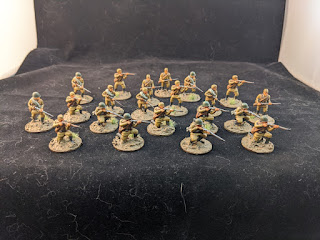 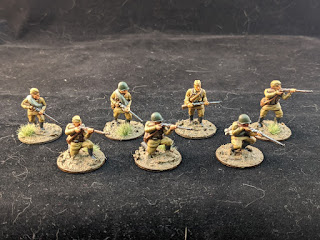 Followed by the submachinegun equipped figs. 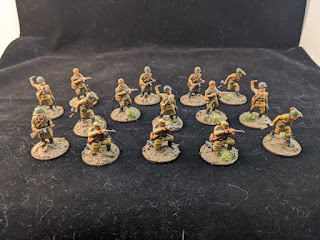 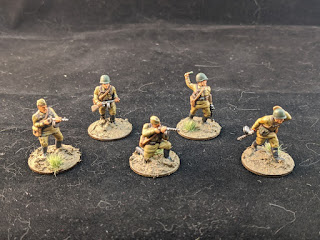 Next are six light machinegun teams. 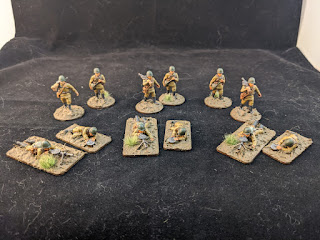 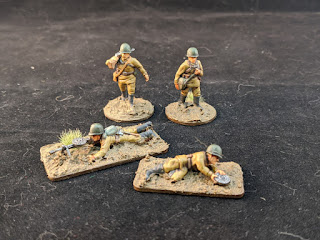 And finally are all the command related figs. 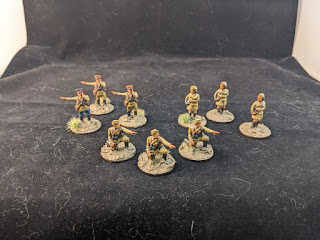 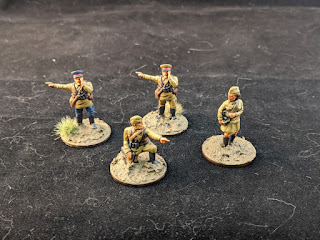 I did up one of the senior officers as a Commissar.

Next time I'll have some Stormtroopers.
Posted by Scott M at 9:10 PM 1 comment: 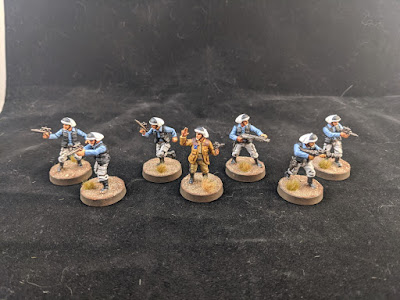 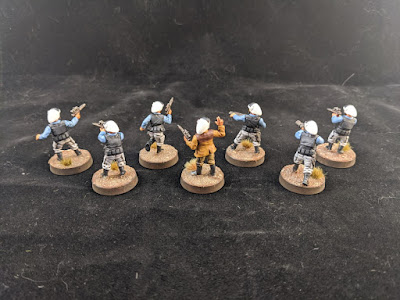 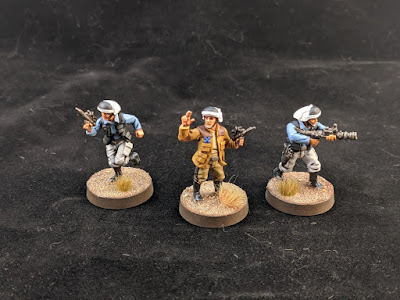 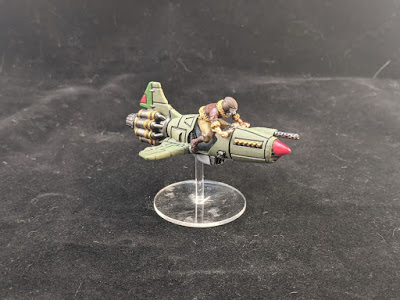 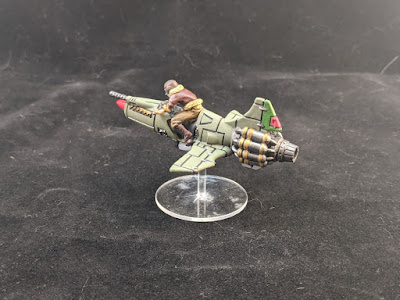 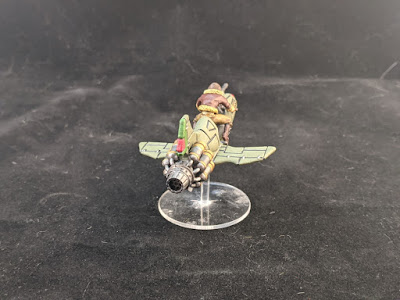 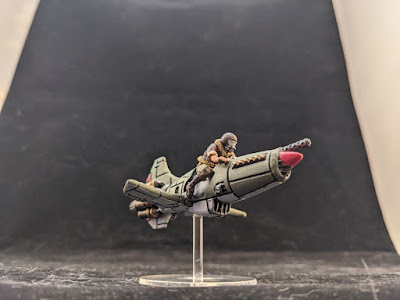 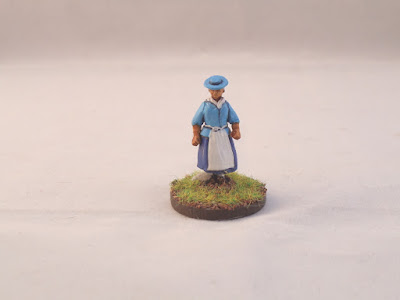 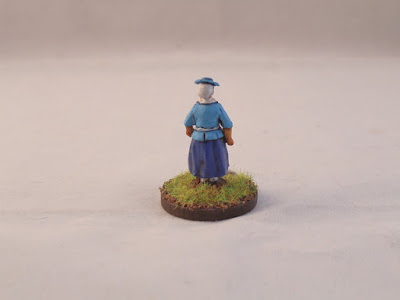 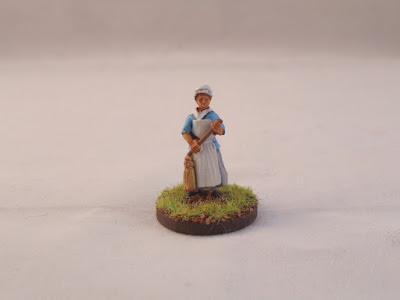 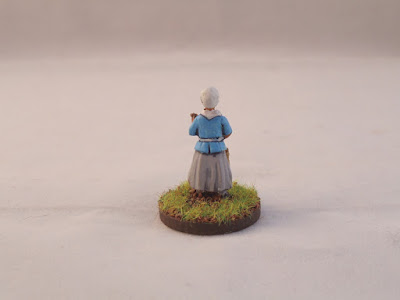