Been a rather slow month for painting unfortunately. I'll have to up my game. Regardless, this week I finished the last War Rocket fleet: the Valkeeri. These miniatures are from Hydra Miniatures and like their other War Rockets, are a breeze to paint. The Class 1 and 2 rockets are metal and the Class 3 and 4 are resin. Pictures will be in order of Class 1 to 4. 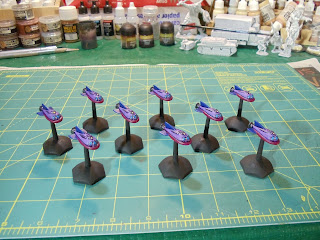 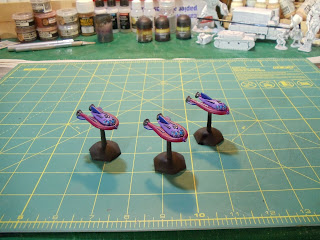 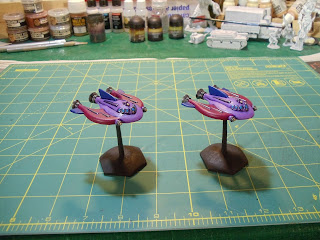 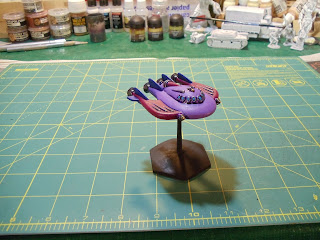 Next up on my paint table are a few figures for Frostgrave, some ancient bow armed skirmishers and some hoplites.
Posted by Scott M at 10:07 PM 2 comments:

Happy New Year! Now that 2015 is complete I can look back on what I accomplished and which of my goals I completed and which ones I failed at.

I ended up painting a number of 15mm DBA armies, started a 28mm Carthaginian army and painted up a number of Retro Raygun figures instead. So for 2016, here are my goals:

These are pretty lofty goals but hopefully I can do better than the dismal showing I did in 2015.

Hopefully this year will be a continuation of the past two years. I definitely need to get more board war-games in though as this year was lacking for those.