Finished another batch of sci-fi figs recently. These 28mm figs will most certainly be seeing use in Stargrave. All these figs are resin (with some metal bits) and are from Bombshell Miniatures. All the figures in the next fours pics are from the Galactic Defense Force (GDF) faction from their Counterblast game. First up from left to right is a Shrinaar Sentry, an Alanti Commander and a Human Sentry. 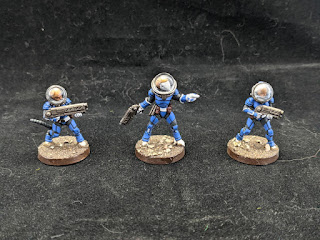 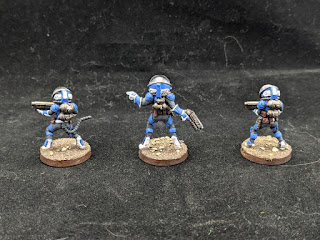 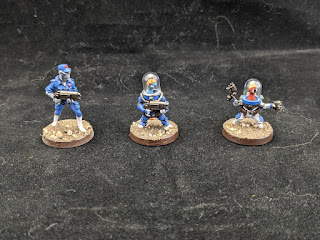 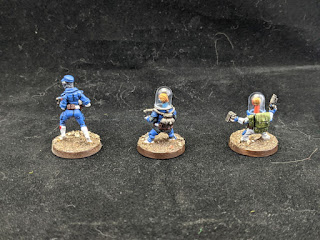 And finally is a cat in a space suit, which is just asking to be used as a loot token. What better loot piece could there be than having a ship's cat? And the fig on the right is a little robot that will probably see use as a Repairbot. 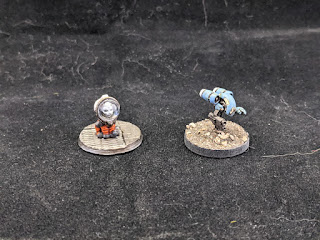 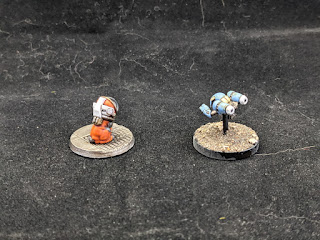 I'm going to be throwing myself into terrain construction for the next little while so there might not be very many figs coming out in the next month or two.
Posted by Scott M at 12:17 PM 2 comments:

Finished a few more items up yesterday. First up is a pair of early war Russians vehicles. Both of these are resin with metal bits and are from Warlord Games. First is the FAI light armoured car. 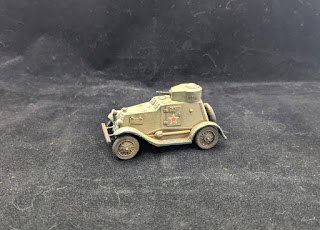 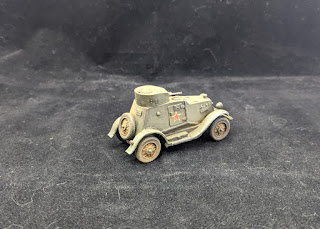 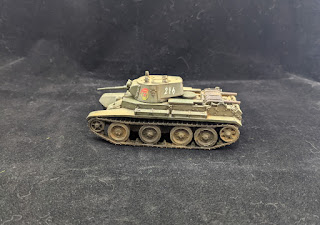 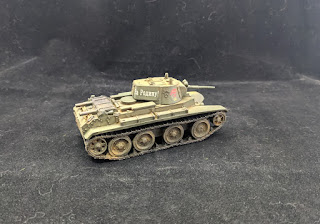 Next up is a pair of dinosaurs. These plastic figs are from WizKids Nolzur's Marvelous Miniatures line. First up is the T-Rex followed by the Triceratops. 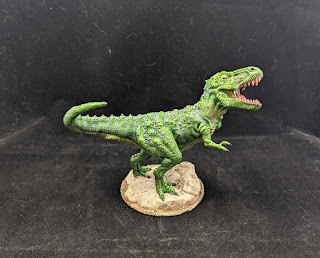 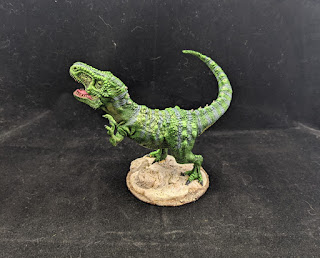 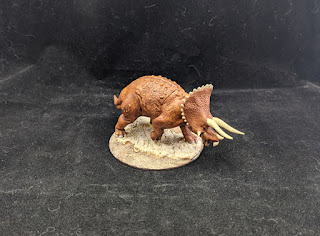 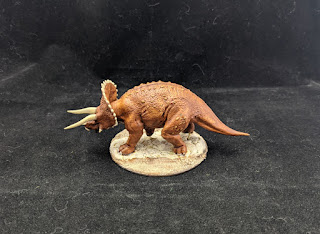 My copy of Stargrave has arrived, so I'll be finishing up the figs I do have on my table right now and then I'm going to be working on a pile of terrain for Stargrave.
Posted by Scott M at 5:53 PM No comments: