Been a while since I've posted anything. I haven't done much painting lately but tonight I finally finished a small project. I recently purchased Fantasy Flight Games' Relic and it's expansion Nemesis. This game uses the Talisman game engine and is set in the Warhamemr 40K universe. The game comes  with some good little character busts that are just asking to be painted. Tonight I finished the last of them.

From the main box: 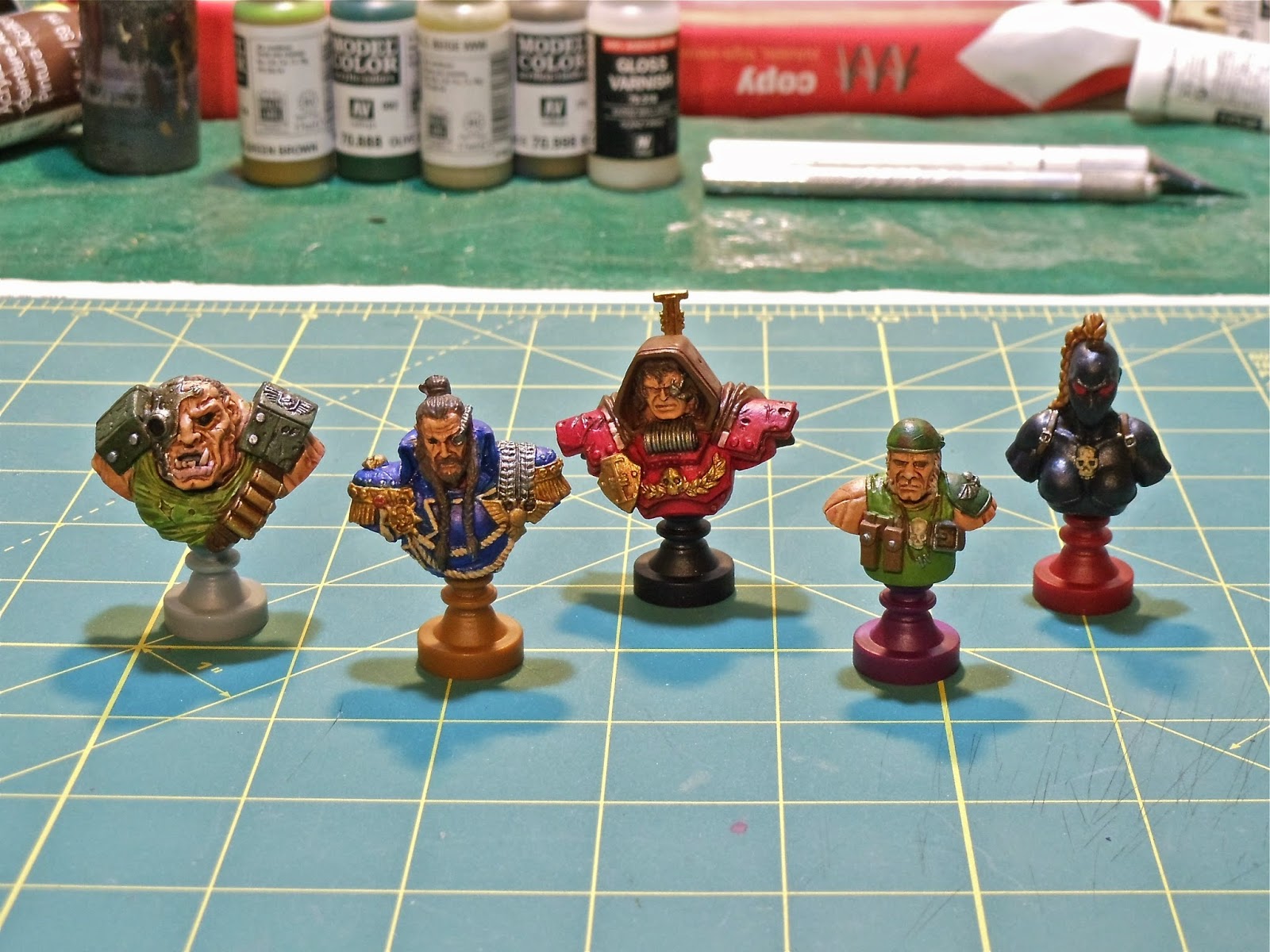 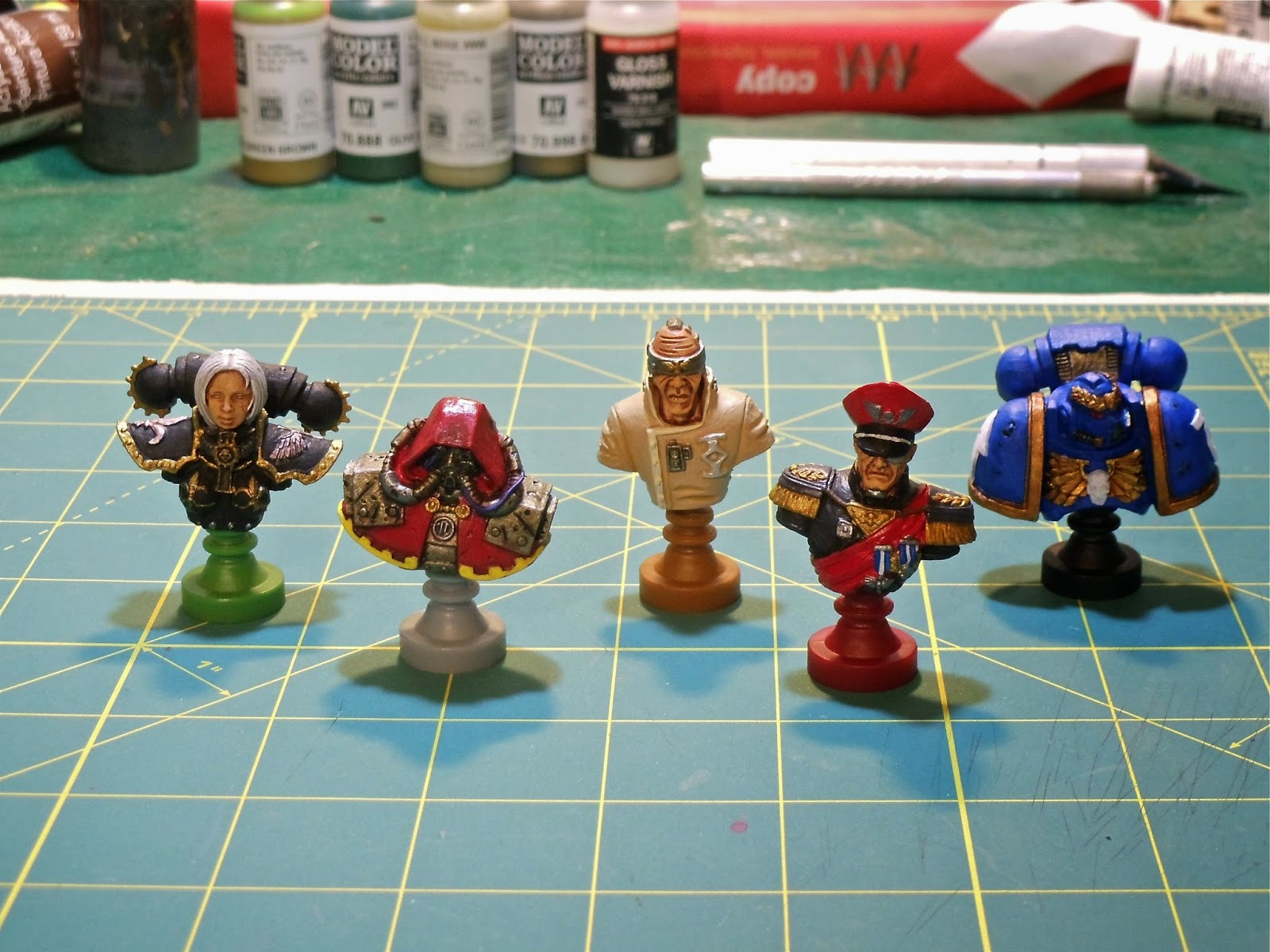 From the Nemesis expansion: 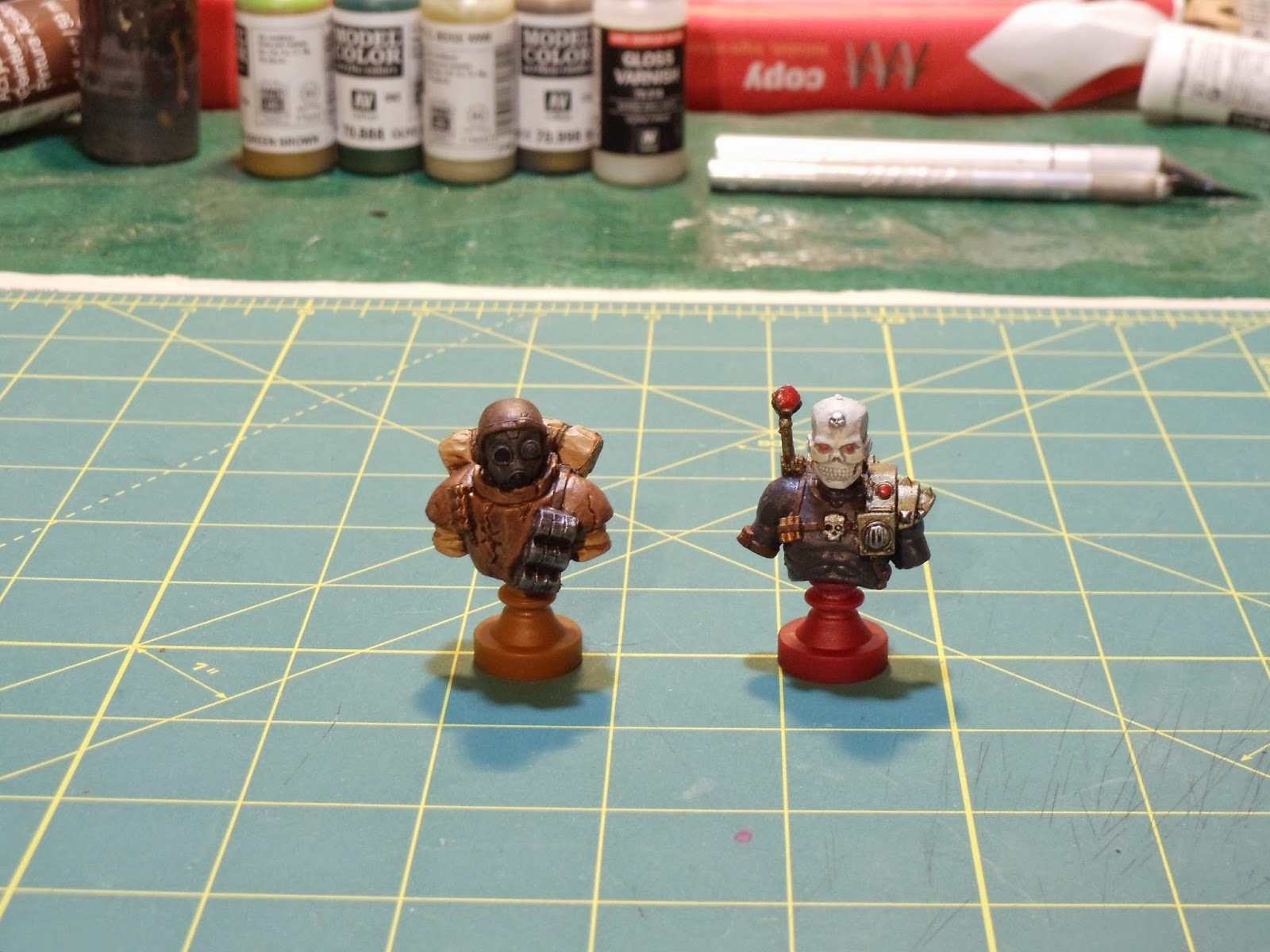 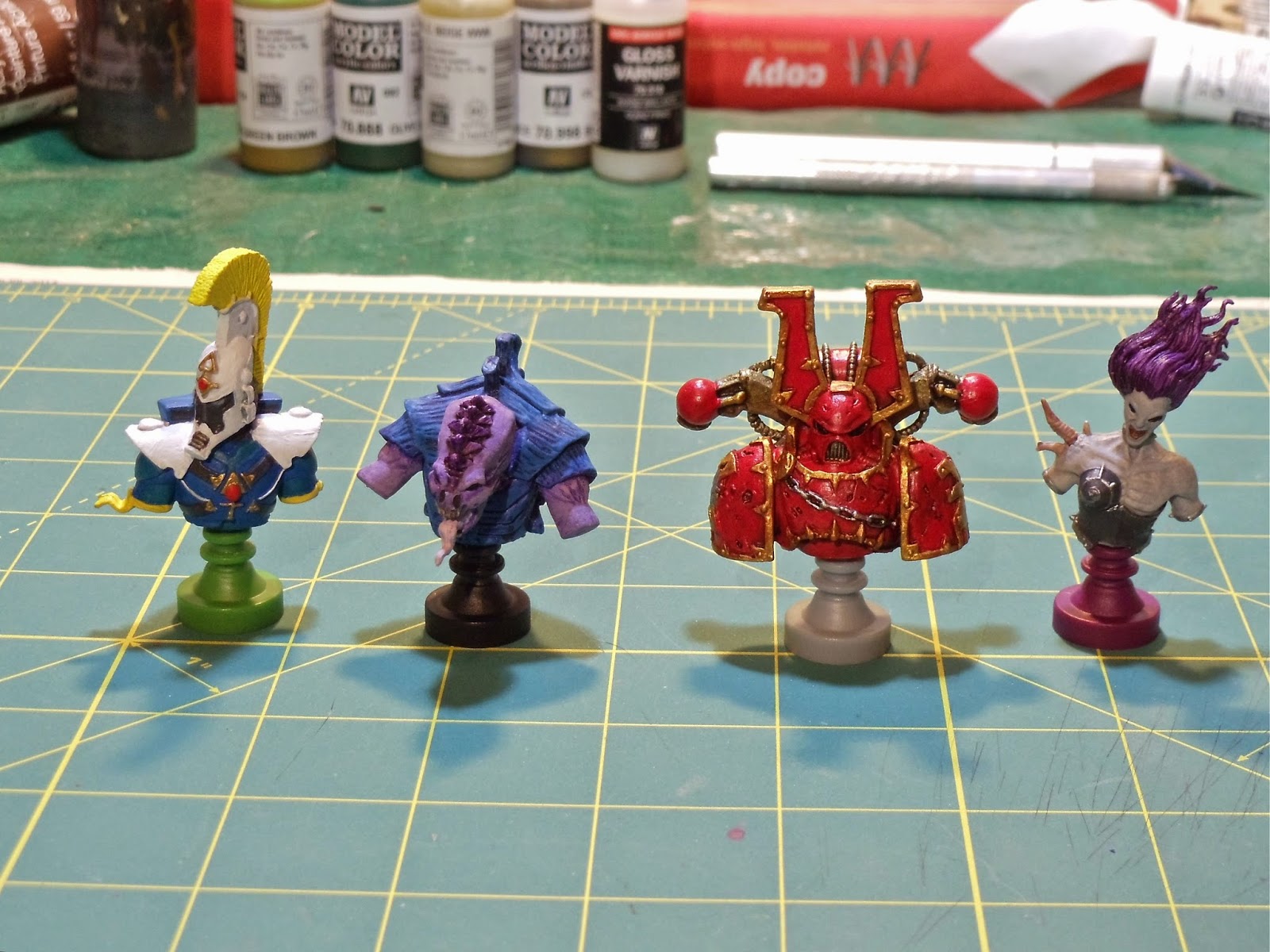 The sculpts overall are pretty good with the Champion of Slaanesh being the weakest (my crappy paint job on that one doesn't help any). I also stuck magnets in the base of the figures so there easy to take on and off the little stand.

Sitting on my paint table right now is a horde of Martian Lobototons so hopefully I can get them done in the next couple weeks.