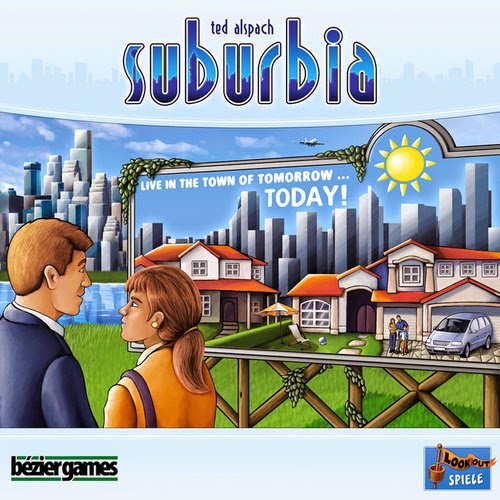 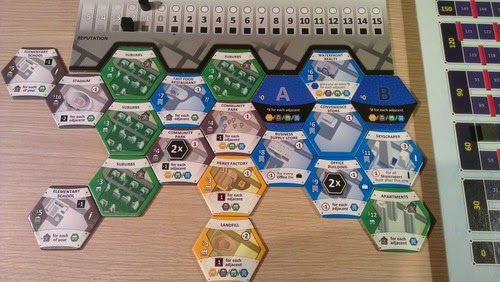 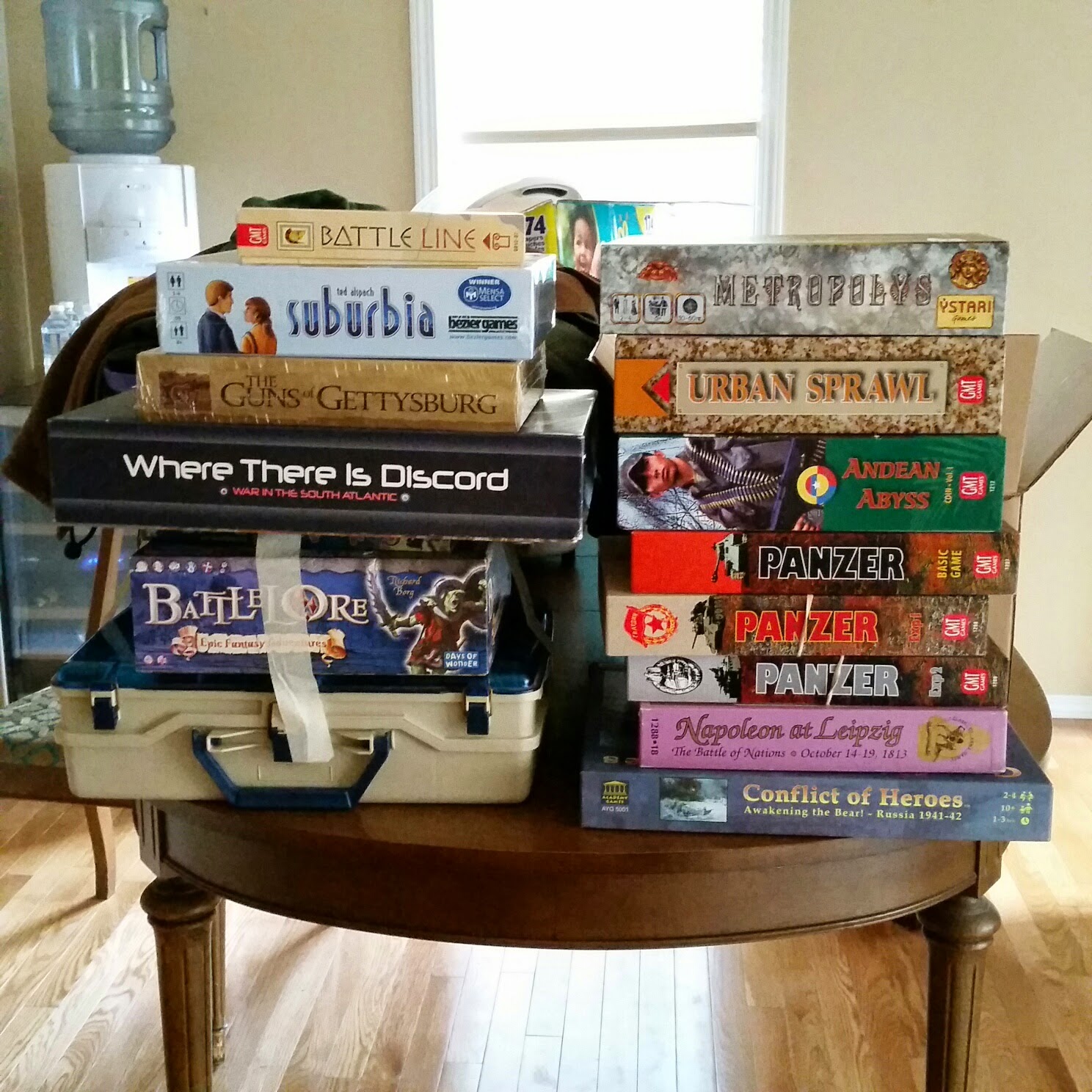 I picked up Guns of Gettysburg from the Sentry Box, I purchased Suburbia from one of the vendors at Fallcon and the rest were either purchased in the auction or flea market. The real gem of the lot is Where There is Discord, a solitaire game about the Falkland Islands War. I'm looking forward to getting this one on the table.
Posted by Scott M at 12:59 AM