A quick update, tonight I finished the Red Martian for All Quiet on the Martian Front. 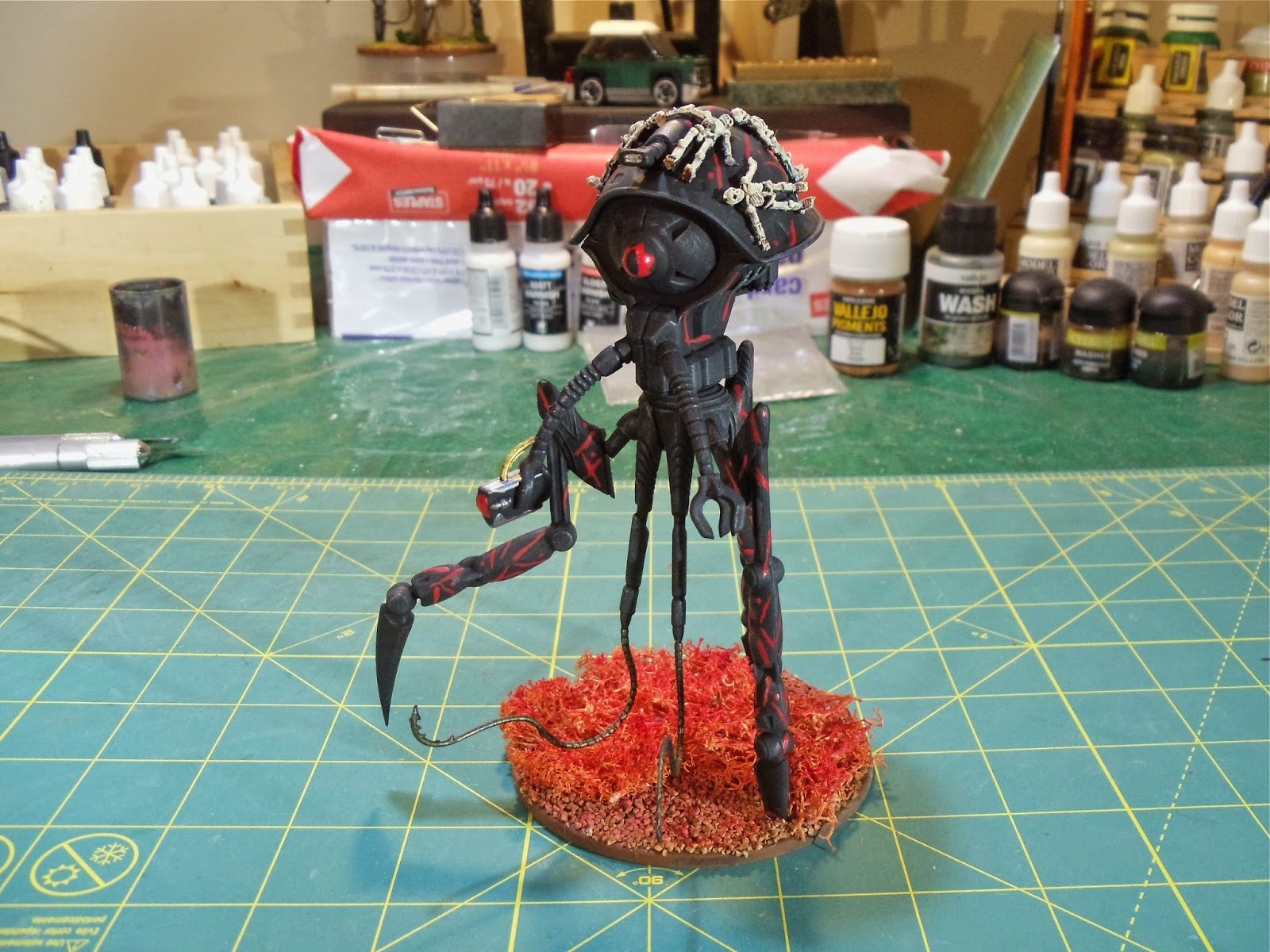 The Red Martian is different from all the other Martians in that he/she/it is rather psychotically deranged and hence has a distinctly different paint scheme. Instead of glittering metal it's matt black and covered in red markings. Oh, and can't forget the human skeletons draped over the hood. To further make this tripod stand out I changed the basing to have 'red weed' on it as opposed to the regular terrestrial shrubbery.

Up next will be half a dozen units of drones, they're almost finished so they should be along shortly. After that is a DBA army for the MayDay auction and the Land Ironclad.
Posted by Scott M at 12:03 AM