Been a while since I've posted anything up. I haven't actually done much in the way of painting lately as I've had other things on my mind. Regardless, I finally finished a few figures that have been on my desk for far too long. First up is a set of 5 mechanical spider walkers. These metal figures are from Bombshell Miniatures' Mekkus faction for their Counterblast game. They are called Mekkus Cybots. 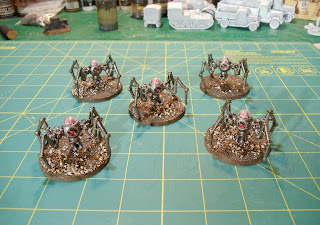 Next up is a trio of figures that can be used for Frostgrave. The first two are a Reaper small, metal fire elemental or familiar and a Frostgrave Frostwraith. 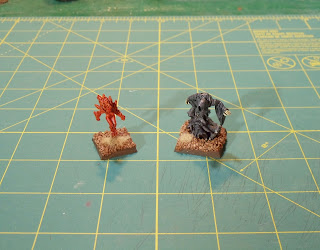 Picture is crappy, but they look decent in person.

Next is a Reaper Bones Avatar of Sokar. Not sure why I picked this one up, I think I just wanted to paint it as I like the Egyptian theme.

For board games lately, I've tried a few new ones out. I picked up Agents of Smersh by 8th Summit. 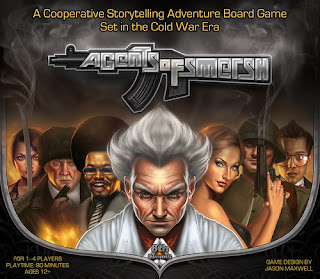 Fun game, not very hard, pretty easy overall. The story aspect of it is pretty interesting and pretty original.

Another one I've played (solo unfortunately) is Guns of Gettysburg by Mercury Games. 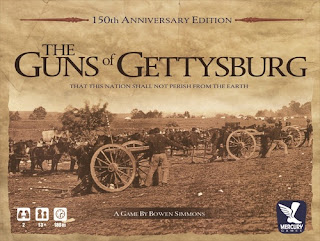 I've played one of Simmons' other games: Napoleon's Triumph and I find his boards are a joy to look at. Probably the best looking boards out there, especially for wargames. Excellent high quality components. I'd really like to give this one (or Napoleon's Triumph) another play.

Last weekend, I also got in a game of Mage Knight by Wizkids Games. 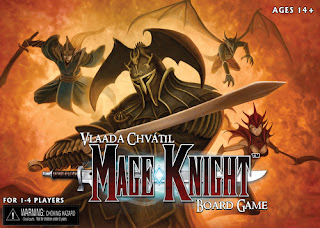 I picked this game up for a friend last year at Fallcon. It came with a couple small expansions. We finally got it on to the table and it's a pretty deep game. Not hard, there's just lots you can do. And lots of bits! I look forward to giving this one another try.

Sitting on my paint table right now is some World War II French infantry and a bunch of French vehicles.