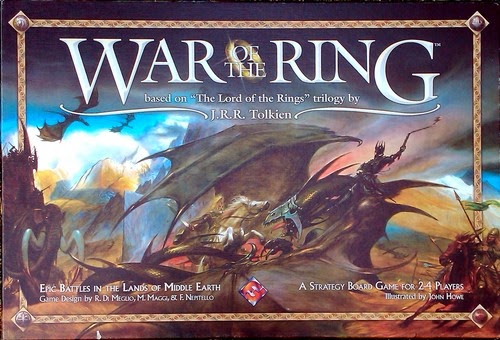 The board itself is really big, second only to my Napoleon's Triumph board.  The figures for each side are really nice. The only complaint I had is from my opponent and he wishes each nation was a different colour so it's easier to distinguish the various nations. The rest of the components are typical FFG quality - really good. It took us about 4 hours for our first game and 2 hours for our second. The game can take 3 or 4 players, but its really a 2 player game.  I think with 3 or 4 it would be rather boring and just wouldn't feel the same. Evidently FFG doesn't make it any more which is a shame as it's really a great game and I definitely recommend it.
Posted by Scott M at 9:15 PM