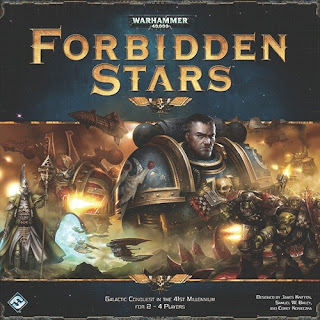 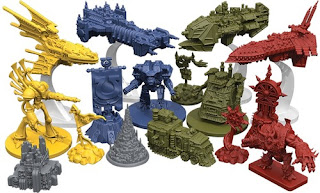 As it was our first game it took us about 3 hours with my forces of Chaos triumphing over the Imperium scum. The game is for 2-4 players and I could see a 4-player game taking a good 3-4 hours. As this is a Fantasy Flight game, the components are of course top notch. Also as this is Fantasy Flight, they will probably be a few expansions covering the other factions in the 40K universe.
Posted by Scott M at 11:13 PM