Just finished a group of World War II 28mm French Goumier. These metal figs are from Artizan Designs. The figs have some mid-late war kit but I don't see why they can't be used for early-war. 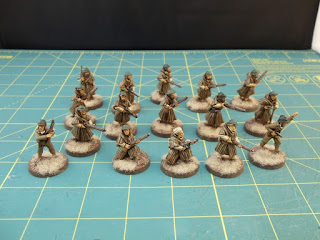 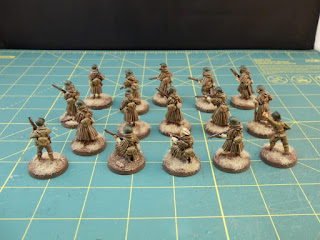 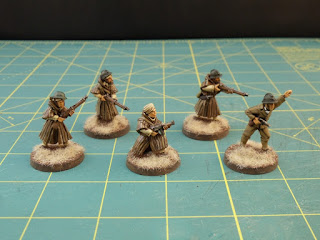 Painting the stripes was not fun. I can't see myself painting any more Goumier. I'll stick to basic French infantry.

And now for the second half of my post. These 28mm figs are from Bombshell Miniatures Counterblast pulp sci-fi line. First up is a trio of Bde Bots and a Bz-R Robot. 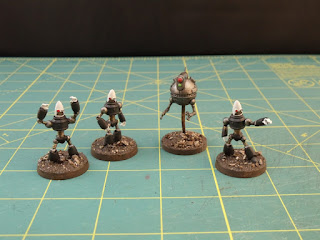 The next two groups of figs are from the Mekkus faction. The first pic is of a group of Aggressors. The second pic is of a trio of Braindrones. 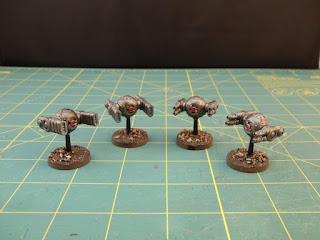 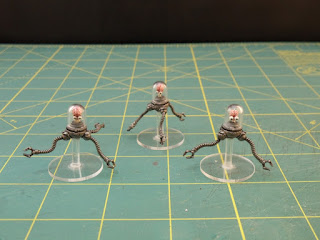 The next pic is a group of figs from the Edofleini faction. These are Edo Trappers. The pic doesn't really show the colouring of the figs unfortunately. Couldn't have a post without crappy pics! 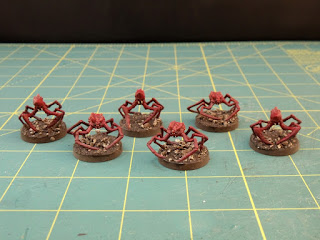 Here's the lot together: 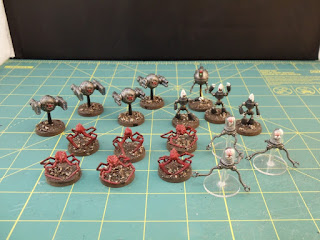 And finally I have a pic of Darth Vader and Luke Skywalker from Star Wars Legion. 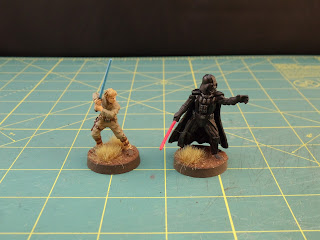 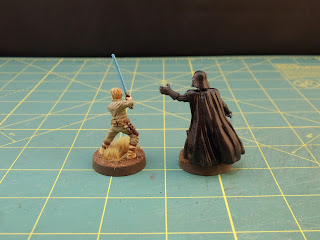