Finished a couple small packs of figures. First up is a pack of 4 Soviet infantry armed with the SVT-40 rifle. One of the support options in Chain of Command for early war Soviets lets them change out some regular rifle armed infantry for some armed with SVT-40s. These figures are from The Assault Group (TAG). 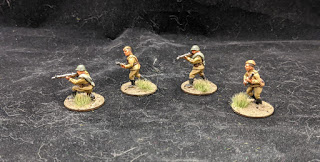 Next up is a pack of male civilians from Sash and Saber's French and Indian War line. 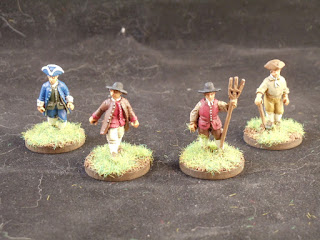 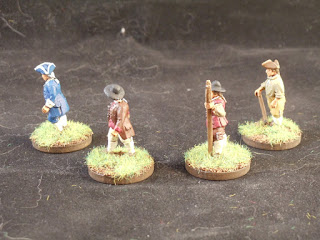 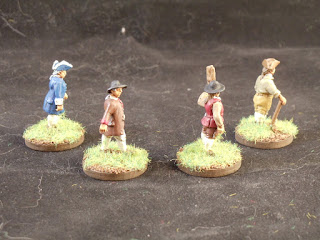 Both sets of figures are nice and clean with very little gear on them.