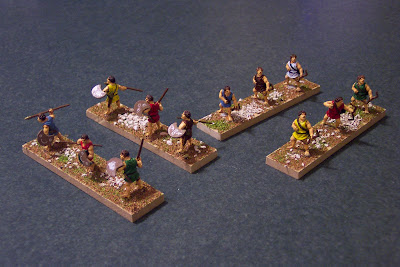 Next up on the paint table is a base of Phalangites, a base of medium cavalry and a foot general.
Posted by Scott M at 10:48 PM