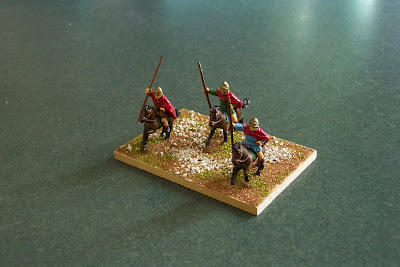 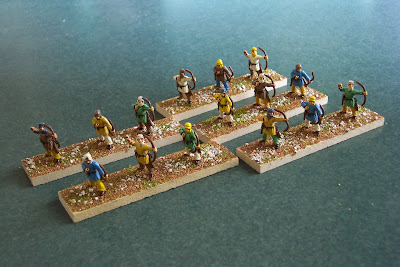 Also, Tuesday is going to be the final battle in Dave's and my Shieldwall campaign. We'll be fighting the Battle on the River Dubglas. I'm not looking forward to this as I have a problem dealing with his large blocks of troops and those damned Vikings. I need to get some new dice and maybe make some sort of sacrifice to Cthulhu or something.
Posted by Scott M at 4:29 PM