Here's the latest figs I've completed. There's two parts to this post: 15mm Ancients and some 15mm buildings. After building my New Kingdom Egyptian and Hittite armies a few years ago I had a bunch of partially empty packs. I just decided to make some more bases because you can never have enough units and realistically, what else was I going to do with them? These figs are all from Old Glory 15s. They're based up for Impetus, Sword & Spear and Hail Ceasar. First up are bases of Sea Peoples infantry. 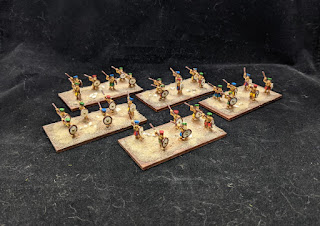 Next up are some Nubian archers. 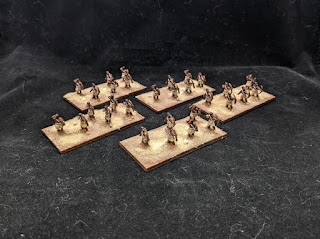 Next is a pair of Egyptian archers. 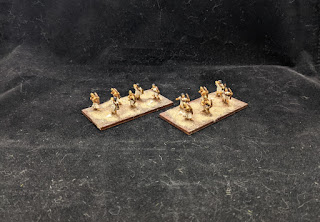 Here's a lone base of Egyptian heavy infantry. 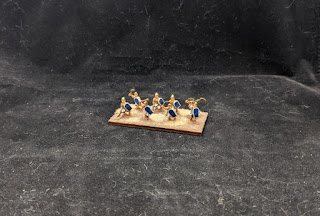 And finally is a pair of skirmish slinger bases. 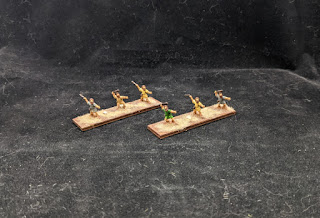 I also managed to paint up some middle eastern buildings. These resin buildings are from Forged in Battle's War & Empire range. This is the Eastern Village set with a Minaret Mosque Tower. I know Islam wasn't around at the time of the NK Egyptians and Hittites but it will find use in the Arab medieval armies I'll be working on later. 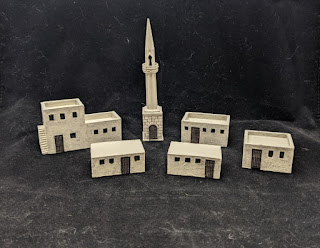 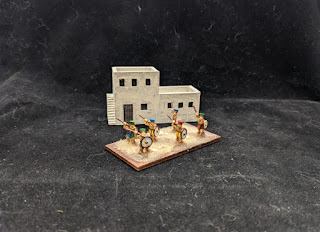