More Russians and On Mars

Finished another batch of Russian riflemen. These 28mm metal figs are from Black Tree Design. 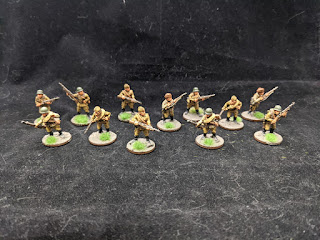 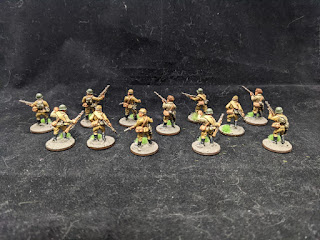 I've still got another 8 of these guys sitting and waiting for paint. I can actually churn these guys out pretty fast.
Next is a Russian BA-64. This resin fig is from Army Group North Miniatures. Quick and easy to paint up. I didn't have any Russian decals, in the future if I get some I can always add them. 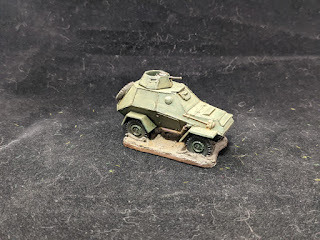 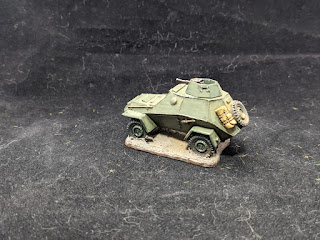 I've also had a request to post up some more boardgame stuff. So here's a game that I finally got to the table lately. 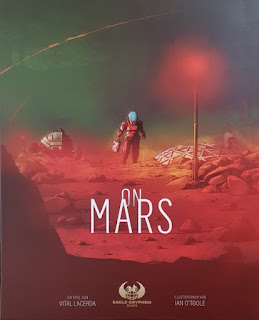 I'm a big Vital Lacerda fan, add Mars to that and I'm sold. My copy was from the Kickstarter so has all the trimmings. And this game, like a few others of Lacerda's, got the Eagle-Gryphon Games treatment, so nice big box, spots for everything and a nice cover so it doesn't all bounce around. Eagle-Gryphon also did both Lisboa (perfection!) and The Gallerist, which I both have and they have the same type of thing.
In this game you're trying to expand the colony on Mars. All players are working to expand the one colony with their own modules. So in this game you have some resource collection, base building and expanding your own technology. All of this adds up to points at the end of game. Basically on your turn you're going to do an action and maybe an auxiliary action to get you towards your goal.
The game is a little more complicated than The Gallerist but not as complicated as Lisboa. The board has no text on it, it's all icons, so that can be daunting. I found a good reference pdf on BGG that I printed for the players. But overall, once you know what everything does it's just a matter of figuring out what the heck you're going to do.
The component quality is top tier, the box is beautiful, the instructions are colourful and easy to read. It could use a better player aid. I think it's an excellent game, not as good as Lisboa but better than CO2, Vinhos or Escape Plan, probably on par with The Gallerist.
Posted by Scott M at 11:38 PM