Finished a pair of Star Wars Legion vehicles on Saturday. Both of these vehicles are from Fantasy Flight Games. First up is the AT-RT. 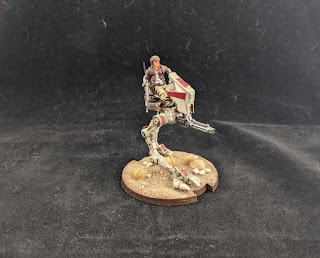 You may notice the right handlebar is missing. My set was missing that piece for some reason. Oh well. The rider is carrying his blaster rifle in his right hand so it's not like he was using the handlebar anyway. 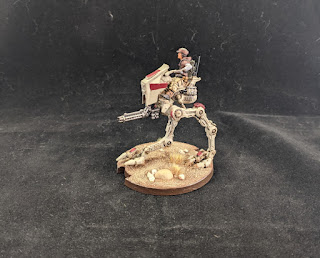 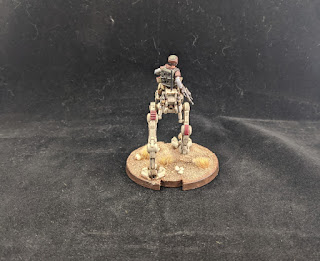 And finally is the T-47 Airspeeder. 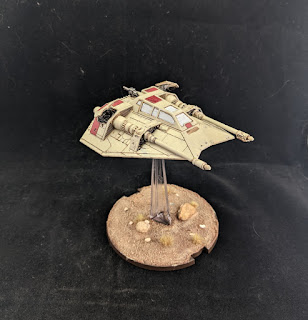 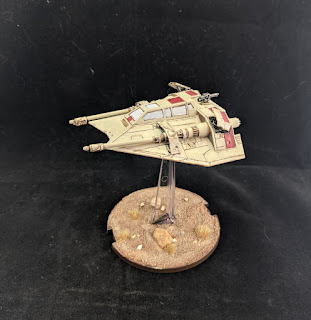 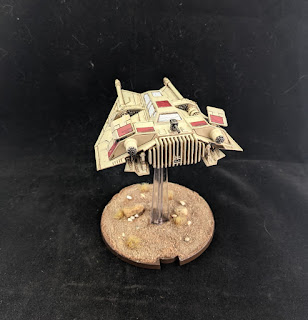 Nice and quite easy to paint up. I haven't mastered the ability to paint decent windows yet so I'm not particularly thrilled with how they turned out. I'll have to find a decent tutorial that doesn't require 30 steps.
This actually was the last of the Star Wars Legion pieces I had. My SW:L paint pile has been completely eliminated. There's still a few things I'd like to get and it would be nice if FFG built their line intelligently. I'd like to see some Imperial army troopers and maybe some other vehicles without having to pay an arm, leg, lung and kidney for some 3D prints. Evidently the actual development of all the Star Wars miniature lines was handed off to another company as Asmodee is in the process of destroying FFG. Yeah, I have an opinion on that.
Posted by Scott M at 4:55 PM